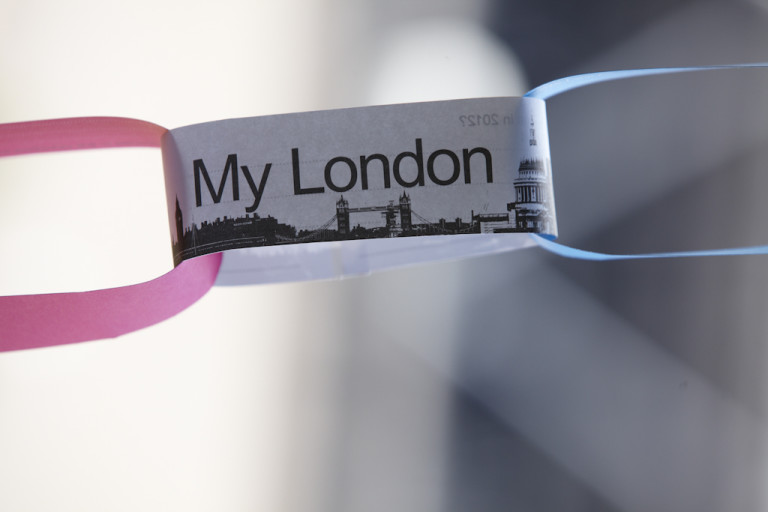 A New Direction developed an ambitious pan-London Olympic themed programme called The Biggest Learning Opportunity of Earth for schools in 2010/11.

The programme was designed to offer 14 exciting project ideas, each delivered by leading creative, cultural and arts organisations representing a range of creative disciplines including architecture, visual arts, theatre, story writing and film.

The Biggest Learning Opportunity on Earth (BigLop) was developed following a 2007 Demos report of the same name, commissioned by Creative Partnerships in London, which made recommendations for engaging young people in Olympic-related activity.

Since 2007 A New Direction has created a range of programmes responding to the opportunities presented by the Olympics coming to London which encouraged greater ownership of the changes taking place in the city and the use of creative skills to explore, document and present their messages to the world.

140 schools partnered with a selection of 14 of London's best arts organisations that enabled almost 12000 young people to explore their relationship with the city in preparation for the Games.

Schools responded to the themes in a range of ambitious and interesting ways. Young people shared their own vision of London with other schools in England, researched their own local 'heroes', investigated the history of the city, gained greater perspective of the cultural make up of the city, developed their own understanding of the term 'culture' within the context of London, and explored regeneration and change. Through their enquiry into the themes the students created film, animation, sculpture, architecture, stories, performance and theatrical installations.

Charlie Tims from Demos, author of the original publication, blogged about the programme and acted as an Olympic voyeur reporting on the city's Olympic plans.

BigLop concluded with a vibrant week-long festival of events in July 2011 called 'BigLopFest', which celebrated the schools' projects and included free activities, workshops and exhibitions in three different venues across London for schools and families. A further 900 children and young people not previously involved in BigLop enjoyed the events during the festival.

Responses to the programme have been very positive. Teachers noted enjoyment, enthusiasm and imagination in the students, and in many cases an increase in attendance and interest in school life. The different art form opportunities offered through the broad programme themes allowed different individuals to find a practice they could do well in. As the programme came to a close, teachers and creative partners were offered a final training and action planning session to support similar projects and partnership practices going forward.

A series of essays called 'Reflections' by Hannah Wilmot explores the success of the programme and can be downloaded via the link on the right of this page.

The original report entitled 'The Biggest Learning Opportunity on Earth' by Charlie Tims (Demos) is also available to download via the link on the right of this page.

The Biggest Learning Opportunity on Earth