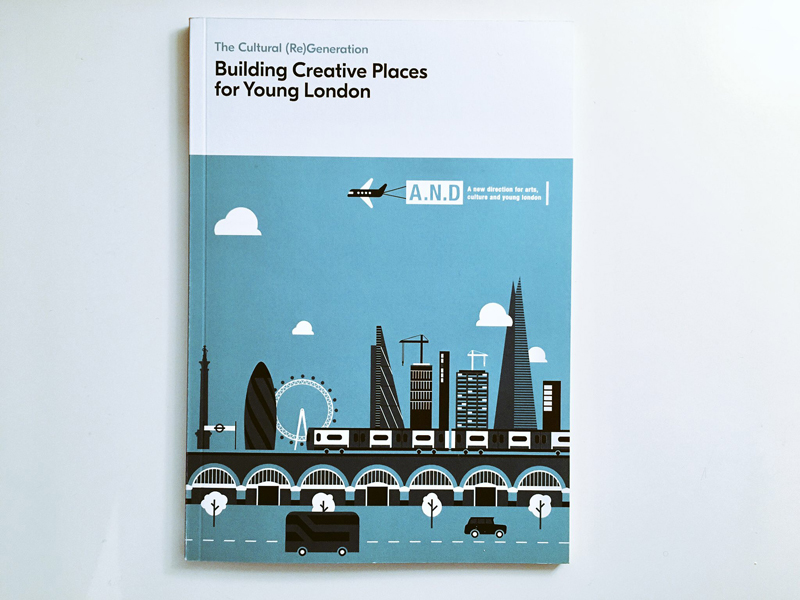 At over 8.6 million people, London’s population is at a historic high with further growth to 10.5 million expected by 2041.[1] In order to support this growing population, City Hall estimates that London will need to build 1.5 million more homes, 600 more schools and 9,000 more hectares of accessible green space.[2]

Ensuring that cultural education is part of the foundation for London’s growth and development is of keen interest to A New Direction and has been identified as one of six emerging themes which underpins our work, specifically the London Cultural Education Challenge.

This research explores the role that London’s development can play in building and supporting creative and cultural opportunities for children and young people in the city. It is for housing developers, London’s councils, the Greater London Authority and the wider public sector, community groups, arts organisations, and everyone interested in making London a flourishing and creative place where children can access and engage with culture and creativity.

The report outlines the context in which the rapid changes to London’s built environment are taking place, providing an overview of the impact that changes in population demographics, shifts in tastes and lifestyle choices and cuts in funding are having on the city. It then goes on to look at how addressing the needs of children, young people and families to play, create and learn can be an integral part of place-making, benefitting London, local communities, children and young people, as well as housing developers and other built environment professionals.

Culminating with a range of examples of how investment in cultural and creative provision in the built environment has been used to respond to key challenges, the research highlights the role that developers, councils, and communities working alongside the arts and cultural sector, can play in ensuring London continues to be the best city in the world for a creative childhood.

In response to the research, A New Direction has also developed a series of recommendations for how those working in the development sector can ensure that creative and cultural opportunities for children, young people and families are built into London’s new development.

[1]Mayor of London, A City for All Londoners. London: Greater London Authority: 2016