A year with Year 3

Subjects of artwork should always have a positive experience of the process, but when those subjects are 7 and 8 year olds and there are over 76,000 of them featuring in a national gallery, the need for it to be a meaningful participation becomes even more important. Through our role in the Steve McQueen Year 3 exhibition, we have worked hard to make this happen.

When the Year 3 photographers visited 1,504 schools to photograph more than 3,000 classes over the course of just one academic year, it might have been easier to simply snap a picture and move on to the next one like on the usual school picture day. Instead, A New Direction developed an engaging range of workshops for the children and continued to support the photographers to deliver the sessions. The discussions and games focused on the children engaging with the themes of their identity, both individually and within the community, and their ambitions and hopes for the future.

These led to some insightful discussions, often with teachers being delighted and surprised at seeing another side to their pupils. It enabled the children to become active participants in the artwork they are at the heart of, and because they were having fun, we got big grins for the photo too.

On Monday 11th November, I was lucky enough to witness the excitement of one Year 3 class when I accompanied them to see their photo on a billboard and in the gallery exhibition.

On the way to the billboard site,  the class played a game of ‘I spy’ and talked about hoping to see Big Ben. We first spotted the billboard through the windows of the coach and the children erupted into cheering. When they got off the coach, they stood underneath the poster, pointing at themselves in excitement before posing for a photo underneath. They chatted in awe about how weird it felt to see their class picture at the side of the road, and about how special that felt. School trips are always memorable, but I suspect nothing will compare to the time they saw themselves alongside other London landmarks.

As we pulled up to Tate Britain, a few started chanting 'Tate Britain! Tate Britain!’ in anticipation. Once in the exhibition within the Duveen Galleries, there were gasps and guesses at how many photos there might be, as we walked past the walls covered in pictures.

There must be a hundred million here! Wait... there’s more!

The children were invited to disperse, and they hurried off to try and find not just their own photo but schools of friends and family too.

Over the next five months, thousands more children will have the same excitement of coming with their class to see their photo. On the visit, they will be able to view their photo up close on a screen, and a member of Tate staff will show the children their photo situated in the gallery too. Classes will then have the opportunity to make the most of the trip with some self-guided activities around other galleries at Tate Britain.

Children’s experiences at the photo sessions

Seeing the children engage with artwork hanging in such a major gallery which they feature in felt powerful to me. Over the past year, I have read daily updates from our photographers visiting all the schools and attended sessions myself and heard time after time how much children enjoy art and their views on its importance at school. Yet many also felt as though it might not be for them because they weren’t ‘good’ at it, or that they didn’t get to do it enough at school because ‘it wasn’t learning like English and maths’. This view of art was one that teachers were often keen to take on and respond to. It was inspiring to see how many teachers used this session and the resources to plan more creative activities and opportunities exploring their identity and community.

We recently asked pupils about their experience of Year 3. One pupil said: “I am really proud to be in the Tate Britain and on a billboard. I love being shown to London and I am proud to have the chance to be in the Tate.” Another felt it brought his class closer together saying, “when the photographers came it made me feel like my class were a big family.” Even months on from the photographers’ visits children have had lasting positive impressions, with children from one school thinking back on it:

I like how it wasn’t a boring photo thing, they made it into a fun game. The games made us get into the spirit of having the photos done.

I felt really happy and joyful that we were fortunate enough to actually be a part of it, and it’s going to be in a gallery open to the public which means that the public will see us in the gallery.

We made every effort to be as inclusive as possible, with sessions tailored to each school’s need. For example, some schools had shorter workshops with sensory focused games that helped create a sense of community between children who might not usually collaborate in lessons. One of the highlights for me over the workshops I attended was seeing the fun that children had when playing games involving the whole class, and how proud they felt about being part of something together. Another was hearing the questions they had carefully scribbled on scraps of paper, and seeing the wonderful artwork they produced, often from the resources made available to help teachers engage further with the artwork. These resources are free and available to download here.

And you can read more about the sessions and the photographer’s experiences of visiting schools here:

A day in the life of a Year 3 photographer

In order for the children to participate and enjoy the experience, adults had to make sure lots of things were in place, with lead teachers at schools often going out of their way to accommodate the project staff. We made sure the whole process was as smooth as possible for the schools and teachers involved and worked hard not to be disruptive to busy timetables. There are also over 6,000 teachers and educators featured in the photos so we wanted them to enjoy it too! Communication was key in this both before and after the session, and logistics and timings had to be considered in scheduling - particularly when navigating the politics of who could use the coveted hall and when!

Safeguarding was paramount throughout all aspects of the project, with every child featured in the exhibition submitting a parent/carer consent form to their school, along with an extra one for schools involved in the outdoor exhibition. If for whatever reason a child could not feature in the picture (including those who chose not to despite having consent in place) they were still involved in the games and activities. To make sure they felt part of the process, they had the chance to act as photographer’s assistants during the photo itself – often resulting in envious questions from their classmates about how it felt being a photographer.

For those schools who were featured on billboards, we worked with the NPSCC and London Connected Learning Centre on a duty of care programme, which included staff briefings to ensure the focus could be maintained on the children’s welfare and wellbeing. Facilitators then visited those schools to deliver another workshop for the children centred around digital citizenship - giving them space to talk about their feelings about being featured on the posters. This enabled them to consider what the reactions of the public could be and when they might need to talk to a trusted adult.

They were also encouraged to consider how to be responsible photographers themselves and understand when it might not be appropriate to share a picture, which is a topic of growing importance in the current digital world. The overall aim though was to keep the focus positive and help them to celebrate being in such a unique project - and celebrate their unique identities too. Most of the sessions ended in delightful illustrations of themselves as superheroes with their own special super-power, showing a special talent they had.

From a love of science and being able to do backflips, to teaching people to never give up and making other people happy; from wanting to be artists, computer programmers, gold medal winners, or even astronauts moonlighting as photographers – we have learnt that the future generation of London are talented and they have big hopes for the future. My hope is that this artwork, and others to come, continue to inspire the young to engage with art, and have fun while they’re at it.

My class and I were so privileged to be a part of such an enormous and joyful project that marks a moment in history and celebrates the reality and range of what childhood in London is. The photographer really captured the individuality of each child even though they were being asked to conform.

The relationships that form within a class are very special, and this project captures that moment. The children enjoyed learning about photography through interacting with the photographer and loved the drama activities accompanying the session to encourage deeper thinking about why our community is special.

You can find out more about Year 3, including A New Direction's role in the project, here. 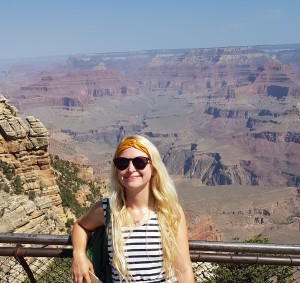