During the last academic year, I visited over 220 schools as a Photographer for the Tate Year 3 Project. Alongside taking a class photograph for the exhibition, I ran activities with the children around the project and photography as an art form. One activity was called ‘Reading a Photograph’ and the picture below was one of my favourites to show to students.

What I love about this activity is that it’s so simple. It just requires one image (although it can be repeated with multiple images), there are no right or wrong answers, and the responses from the 7 and 8 year olds were always absolutely fantastic. 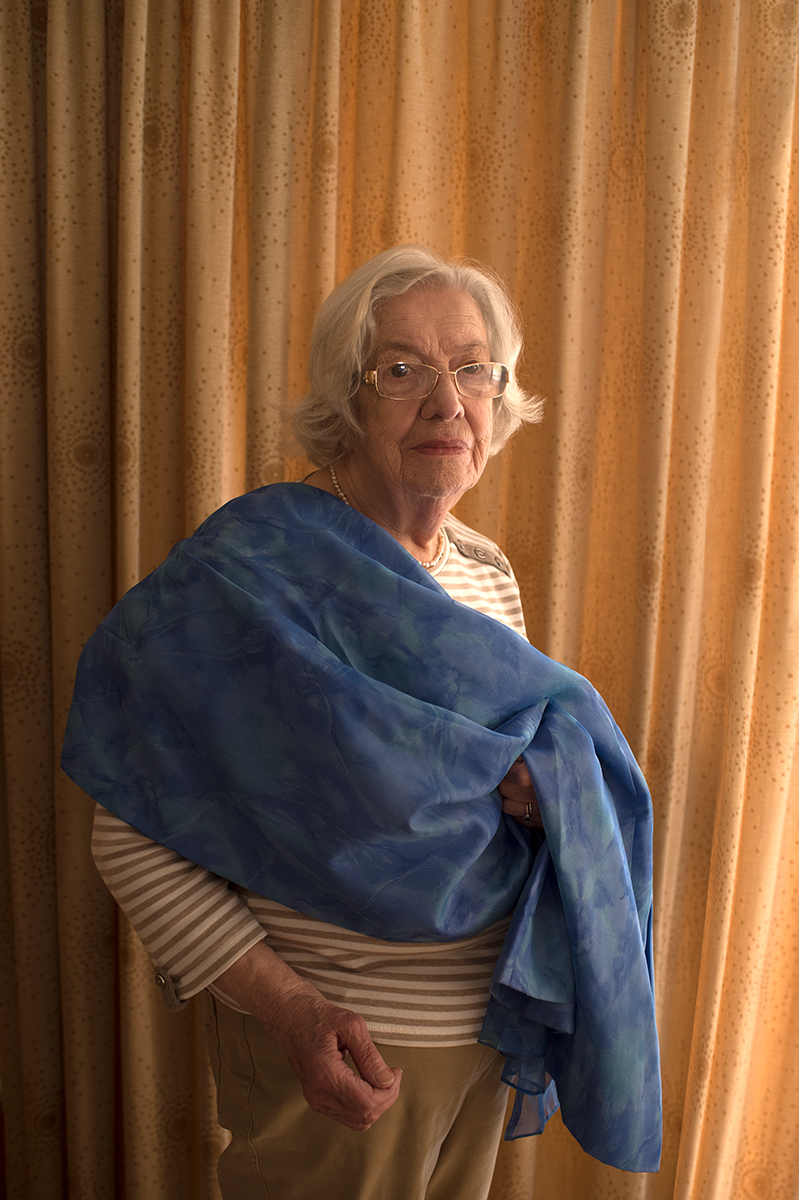 There are three main things that jump out:

Step 2: Ask questions about what they can see and get them to discuss in pairs

Who do you think the woman is? Why is she having her picture taken?

Here are some things that children often said:

However, often once the children had thought up one of these ideas, they would announce that they were finished. They had figured out what seemed to be the ‘right’ answer, and so they were done. Some children also resisted answering altogether, worrying that they would get it wrong.

With this in mind, I started thinking of ways to help them engage further. How could I get them to build on these ideas and use their imaginations? And how could I use this picture to find out a bit more about how their brains work?

Here are some methods I used:

The details in the picture started to become the basis for their stories:

Some of them really took to the idea of being Story Detectives and took an even closer look, noticing details like the pearl necklace around her neck:

“She’s a robber and the blue material might be a swag bag!”

And some of the stories became really fantastical and took on a life of their own:

Her blanket is magic and gives her superpowers

She is a spy and she is hiding something under her shawl and behind the curtain. And there is a camera in her glasses!

She is a 600,000 year-old Samurai and behind her is her ‘curtain of doom’ where she keeps her weapons!

For children with SEND

This activity might not be appropriate for every child, but I used it in some SEND settings with little adaptation. I would either start with what we can see or instead focus on naming colours and then build any questions from there.

One child who often struggled to articulate their ideas made a sentence that really surprised their teachers: “Curtains are open in the day!” This led the rest of the class to think more about that aspect of the story – i.e. it’s clearly light outside, so why are the curtains closed?

What can you do next?

During the activity, I only had limited time to read the photograph with the children, but it could be used as a springboard for lots of other related activities. Such as…

Some children were interested in the technical elements of the photograph. This meant I could encourage them to think about how we use light in photographs and other technical aspects like angles and framing. This photograph is shot square on, which is very conventional for a portrait, but what would change if the camera was pointed up, down or was closer up or further away from the woman?

You could use Frame It 1 from the Tate Year 3 Project Learning Resources as a starting point to explore technical aspects of using a camera.

Thinking about history and legacy

She has been chosen to be photographed as she’s lived through lots of big moments in history, like World War II and that’s why she has a solemn expression on her face

One girl said that she might be having her photograph taken, “to show women are important too!”

She must be really rich or famous because otherwise the photographer wouldn’t have taken the picture because they wouldn’t have made much money!

One of the reasons Steve McQueen chose to make this historic portrait of Year 3 children is because 7 and 8 year-olds are at a turning point where they are starting to think about gender, race and class. A lot of the children talked about the motivations for making artwork in terms of money and fame. If I had more time with the children, I would have loved to explore the many different reasons people take photographs and make art, as well as discussing how art can be used to show history from many different perspectives. A great follow on activity would be to think about what they want to do in the future and how they themselves might make history.

You could use the How do we belong? resource to think about what people photograph and why and The Living Gallery to think about their future legacies.

One child said, “she wants it as a reminder for her family when she passes away,” and thought that was represented by the sunlight coming in through the curtains. I was quite amazed at how 7 and 8-year-olds were able to find symbolic meaning in the picture and then discovered that some of the schools I visited had started to talk about symbolism in RE. Symbols in pictures is a big part of my own artwork, so I am really interested in hearing what stories the children would be able to come up with if symbolism was introduced more broadly in their lessons.

I think a good starting point for this would be Desert Island Values to get the children thinking about objects they would use to represent what is important to them.

What is that photograph really all about?

The photograph is one of mine and it’s of my great-aunt. I took it a few years ago in her house, with her curtains in the background. The fabric that she is holding is actually a dress that she bought fifty years ago. And she bought it for a very special occasion… she was going to meet the Queen! Unfortunately though, the day she was meant to meet her, the queen had a cold. So she only got to meet the Duchess.

So, that’s the original story. It’s a picture of my great-aunt and her fifty-year-old dress that was meant to meet the queen. As I would tell the children though, the stories they came up with about it are just as important, if not even more so.

Jessica McDermott is a London-based artist and photographer - find out more about her and her work here.