A space of experience 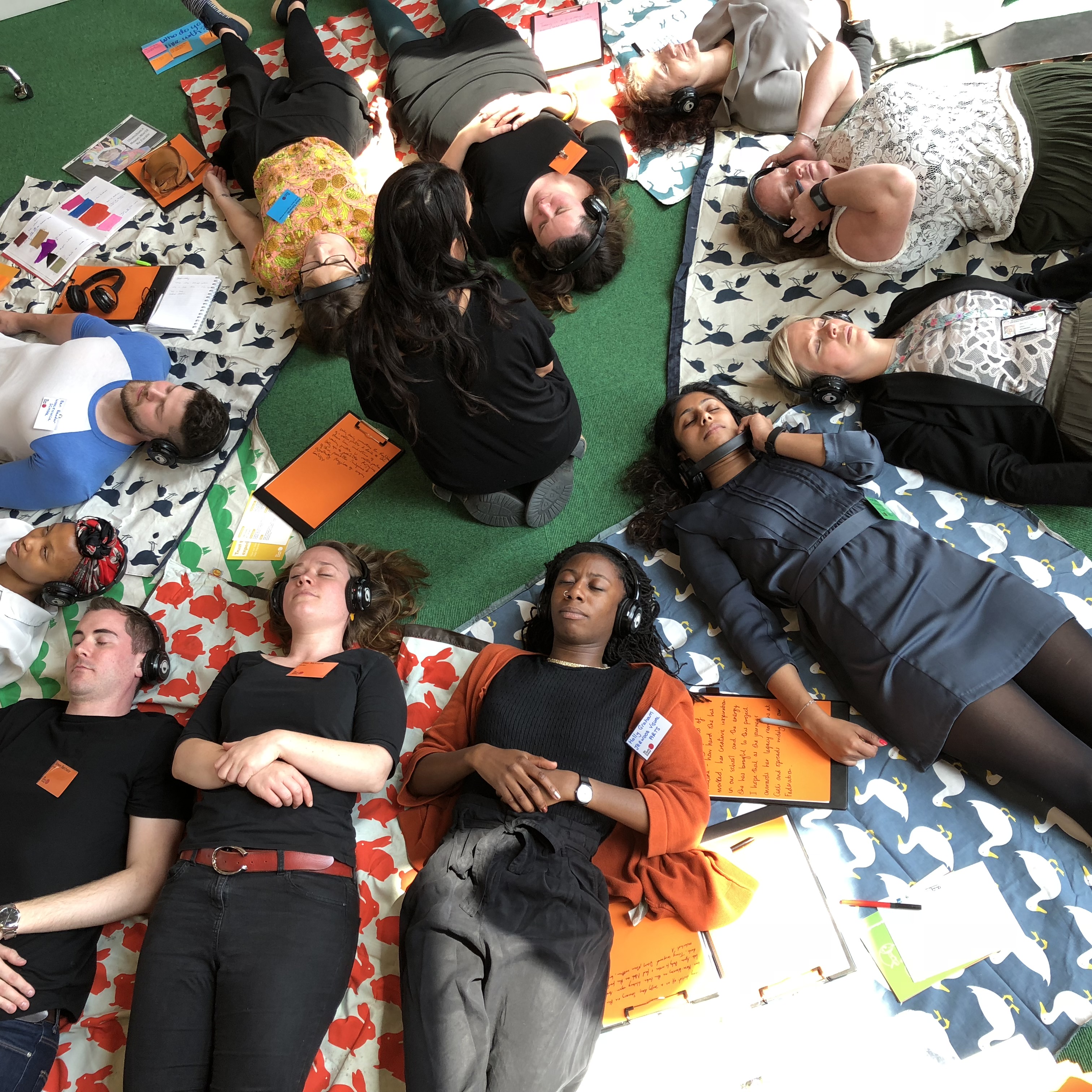 May 24th marked the end of the My Creative School programme. We began the day at Coin Street Neighbourhood Centre with presentations of all nine Creative Catalyst projects.

Although no two projects were alike, it was clear that each of them opened a space for children and teachers to pay attention to the world, to each other, and to themselves; creating spaces to connect, play, and experiment. Each project opened a space of experience.

We went on a walking tour of Coin Street to learn about Churchfields Primary School where children ‘foraged’ their school building and grounds for creative inspiration; we collaborated on a giant collage as we listened to the story of Space 2 – the room at the heart of West Thornton Academy’s project on teacher well-being; and we re-enacted an experiment that had allowed pupils at The Priory School to access to the concept of time.

Listening to stories that had been written and recorded by children St Joseph’s Catholic Primary School – whose project had approached creative writing through memory and the body – I was struck by the authenticity and authority in the tone of each of the authors’ voices. These were voices with agency, speaking words that communicated vividly and simply, precisely what they meant to say; voices that demanded attention.

Creativity, innovation, the ability and the language with which to experiment, to collaborate, to communicate, to evaluate, to analyse, to think critically: these are the skills – stated by countless research papers – that the economy, politics and society are ravenous for; the skills required to participate in the future. These are the skills that were developed across every one of the Creative Catalyst projects. Perhaps we should pay more attention to creating spaces of experience, spaces in which all of us – teachers, children, participating artists, can learn.

For her creative catalyst project, Katharine worked with Malden Parochial C of E School to co-design an immersive whole-school mystery for pupils to explore and solve.

Three flying machines crashed into the school’s playground, catching on tree branches, school roofs and playground furniture when they fell. Pupils discovered them when they arrived at school on Monday morning and, aided by their teachers, became responsible for finding out what had happened. How had these machines ended up in their school? Where were the missing pilots? What clues could they find that would help them to find answers?

An intensive week of discovery followed. All teachers designed activities that supported the narrative of detective work, evidence and fact-finding, research, and story building to support the process. Volcanoes were built, weather systems studied, Italian and Dutch clues were translated in IT classes, school bags and pencil cases floated with helium balloons to calculate the weight of a pilot & model parachutes built to experiment with energy forces.

These ideas have informed a tool and case study for the MCS Learning Resource - read about it here.