Ahead of the launch of our new Arts Award Local Network Clusters programme, Louise Barnell reflects on the successes & lessons to come out of last year's Local Area Networks 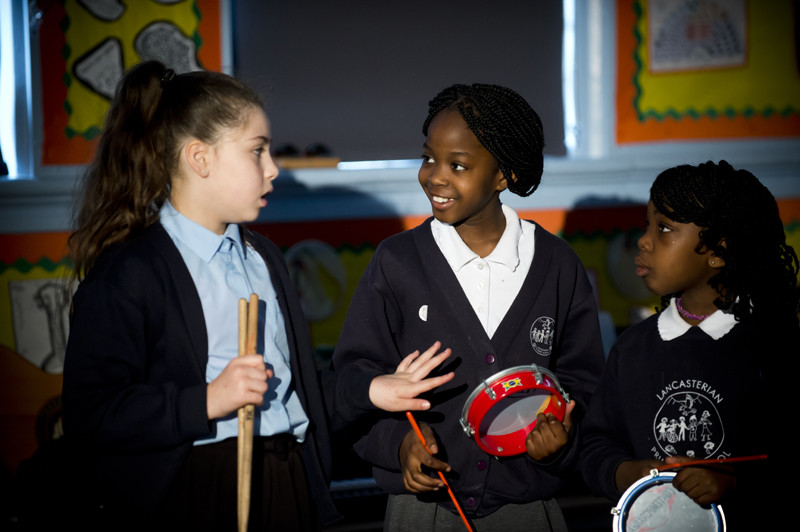 In 2015/16 A New Direction launched Arts Award Local Area Networks, enabling Arts Award Advisers, Centres and Supporters to come together, learn from each other and develop new opportunities for young people. In 2017/18 A New Direction will be supporting the creation of more networks, by looking at creating new borough clusters, to forge new relationships and share best practice across boroughs.

These will allow Arts Award Advisers, Centres and Supporters to come together and:

A New Direction aims to make London the best city in the world for young people's cultural and creative development. Arts Award is a key component in making this happen. Through Arts Award, children and young people can find out what inspires them, share their talents, and achieve an award that makes a real difference in the world of work and the arts.

On 30 May 2017 the leads of six Local Area Networks across London came together to reflect on the successes, challenges, inspirations and opportunities of the programme.

The aim of this year’s Arts Award Local Network Clusters approach is to map work more closely with emerging and existing Cultural Education Partnerships and challenge work and opportunities as well as the continuation of existing great work done across boroughs.

Network leads cited their networks as being mainly well attended, and providing a good basis for schools to connect with each other locally.

In Barnet’s Network, both primary and secondary school’s found that they could create progression routes linking them together to share their opportunities for students to achieve Arts Award.

In Kingston and Sutton, a music-focussed approach worked well - allowing music hubs and people to come to the sessions in areas not previously worked with Arts Award

Islington and Camden found that their previous work on offering a shared Arts Award offer garnered them networks that wanted to work with Arts Award in the boroughs. They also found that meeting individually with cultural organisations in the boroughs revealed good answers.

Walthamstow Network found that delivering a regular, targeted INSET as part of Network meetings on topics such 'next steps after training', 'preparing for your first moderation' and ‘moving on to your next stage of Arts Award delivery' have been successful.

The Networks then reflected on some challenges that could be responded to in the new 2017- 18 Local Network Clusters.

All Networks found that there was a need to balance the number of speakers and presenters and information at each network meeting so that the wide variety of stakeholders could filter information easily.

This was echoed in ensuring that sectors that haven’t worked with Arts Award before had a clear case made for them, about its value without overloading them.

It was noted that in some meetings there were a lot of schools and not many independent Arts Award Advisors, whereas in others it was found that cultural organisations and alternative non-formal youth provision were the dominant presence.

Interestingly, some Networks found that some schools with a lot of arts provision felt that they didn’t need Arts Award. Conversely, there were also some schools that hadn’t engaged but were eager to try Arts Award.

There was also a thematic response that there were not many secondary schools in attendance in some Networks. In reflection, this could have been because of GCSE commitments this year.

Overall, the Network leads found that there was a split between partners that had been delivering for some time and needed support to continue despite challenges, and those who had not and were eager to start Arts Award delivery.

The discussion then moved on to learnings that could inspire future practice and delivery from previous Networks into the future iteration in 2017-18:

Opportunities were discussed as a final theme. These focussed on opportunities that have arisen from running Local Area Networks in the past: