A city that works for children works for everyone 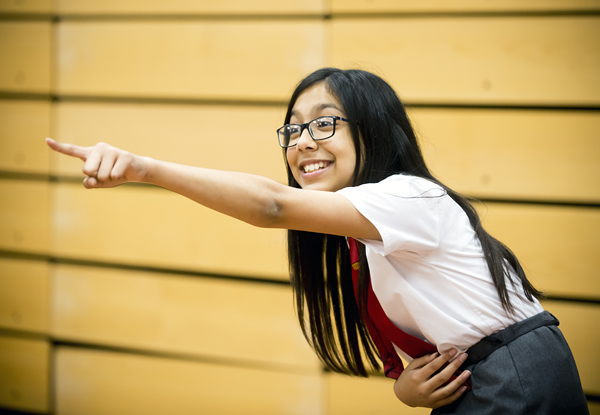 For the final number of London Cultural Education Challenge investments, we want to focus more specifically on one of the Challenge themes – new London, new schools. This theme is about the changing nature of London, districts, town centres, villages, high streets and the opportunity this represents for building places with the creative and cultural needs of children and young people at their heart.

London’s current population of 8.6 million is the highest it has ever been and the Greater London Authority (GLA) predict that it will rise by another million by 2021. The number of jobs in the city is expected to grow from 4.9 million to 6.3 million and we will need to build 600 more schools, 1.5 million more homes, 9,000 more hectares of accessible green space as well as more offices and social services to support this burgeoning population.

At A New Direction, we want London to be the best place in the world to have a creative childhood. We believe that a city built around the needs of children, young people and families is a city that works for everyone. We also think it is important to think about how we prepare for the city’s future in a way that makes sense for a student at college in Croydon, or a primary pupil in Ealing, or even a baby with a child-minder as they will be London’s future residents, artists, audiences, makers and creators.

So what might it mean to combine a focus on place, children and young people and creativity?

We are not altogether sure, which is one of the reasons we are asking people to think about this theme and engage with us around the possibilities. In the Autumn we will launch a short report which gathers together some case studies of how housing developers, local authorities and others have collaborated with the creative sector to support young people, but we don’t want to limit our thinking to what has been done before.

The central idea is what might it mean to put children and young people, their need for opportunities to play, to learn, to work, to be creative, to access and experience London’s culture, at the heart of spatial planning. It could be powerful engagement with young people on their hopes and fears for a place, designing radical creative education environments, re-inventing youth centres for the new era, having resident arts companies within redevelopments and regeneration schemes, building a new curriculum for an area supported by local employers and cultural organisations which really embeds real learning experiences for future skills.

A number of the first Challenge programmes, such as CYAC in Croydon, and Cultivate in Nine Elms are working in this context and this has thrown up some useful learning; about the complexity of major developments, the challenge of real engagement and the complex politics – particularly in a city with such extreme divides between rich and poor where housing is such a touchstone issue. We want to develop this in the final few investments of this Challenge programme, and hopefully generate some new insights and platform for change going forward,

At this stage in the Challenge we only have enough money to support a small number of new programmes (no more than three) but we hope that the process of thinking about these changes and engaging with the development sector will also help us to think differently about the future of our city and lead us and our partners and wider network to exert influence without A New Direction’s direct investment.

Find out more about London Cultural Education Challenge, criteria and process for the coming round of investment >