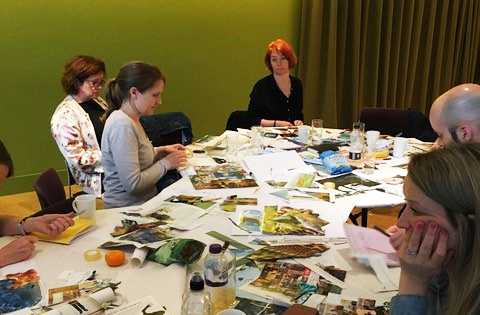 What gives any object its value? When we describe an object or place as having ‘heritage’ value, what do we mean? How does a potshard from Roman times – so valueless in its day as to be discarded – become a museum piece in 2017?

These and other ideas were at the heart of our final INSET session of 2016-17, held on 28 June at the Museum of London. Led by visual artist Abigail Hunt, the session considered how teachers could maximise the potential of a school visit to a museum or gallery. Using the Museum of London as an inspirational example, participants explored the possibilities of using real objects and practical activities to think beyond the clipboard and worksheet.

Abbie has worked as an arts educator for over fifteen years and has been involved in projects with galleries, museums and schools - producing many family and school resources to support people in their experience of contemporary art and museum collections. She has also exhibited widely across the UK and Europe; her practice encompassing sculpture and installation, based on a long-standing fascination with objects and their meaning.

‘Even the things we dispose of will outlive us,’ says Abbie. ‘What do we choose to give value to, and why?’

Reinforcing ideas around heritage and the legacy of physical objects that we experience in a museum, the session began with an activity linking objects participants had brought with them, and which they found important or meaningful – a very personal examination of ‘heritage’, which we roughly defined as 'the society-wide attachment of historic and cultural value to objects, rituals and places.'

Participants were then sent into the museum itself and tasked with sketching or photographing one item on display, one that was part of the building, and one that was incidental… a napkin from the café, or a left-behind pencil. The history of these objects was ‘mapped’ onto long strips of paper, creating timelines that were both factual and fantastical, based on our interpretation of the information available (and sometimes just based on fancy). We then explored the idea of how a museum or gallery setting elevates ordinary objects with the use of plinths, cases and labels. By the end of the session, we’d created an entire pop-up gallery of objects whose value and meaning had been interrogated, refined and ultimately re-positioned – much as happens in a real museum or gallery. 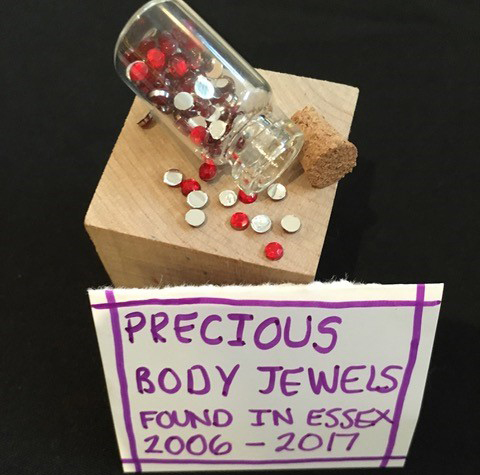 In our reflection, we discussed a number of ways Abbie’s activities and tools could be used in museum visits to support work in the classroom, for instance having children sketch objects they found interesting and then building a story around them as a way into literacy work. Several teachers liked the idea of time-lining objects as a way of opening explorations into history, whether of particular strands – e.g. history of technology, history of transportation – or more generally by considering, say, the life of a watch fob through the early 20th century. What would it have ‘seen’? To whom might it have belonged?

More broadly, teachers felt that a deeper, more creative exploration of our attachment to objects could prove a powerful way to better connect them with their own place in the world.

‘Value is socially constructed; it’s the product of people at a given time,’ said one teacher. ‘For younger children trying to understand history, that’s very abstract. Finding ways to connect them with their own personal history through objects is potentially a great way to open that door.’