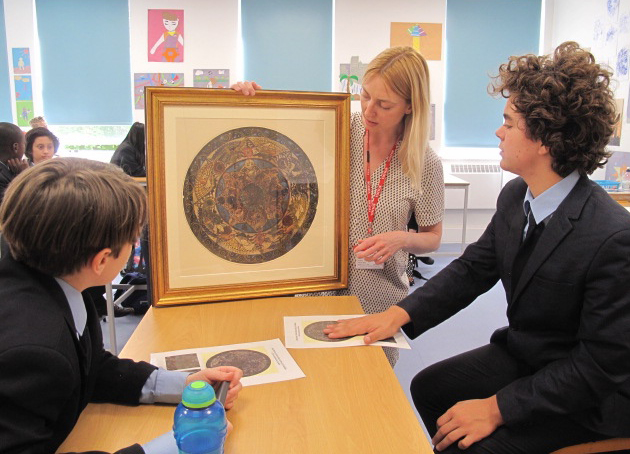 Ben Uri focuses on the themes of Art, Identity, and Migration; our collection spans 120 years and includes over 380 artists from 35 countries, of which 67% are émigrés. We were approached by the International Academy of Greenwich through ANDtogether - A New Direction's online platform connecting London teachers with the cultural sector. The school were interested in our focus on identity and migration for a session for their Year 7 students. Our aim was for the students to recognise the positive contributions made by people who have migrated, in particular artists; to reflect on how these artists represented ‘identity’ through their art and for the students to reflect on their own identities.

The session began by introducing the students to famous migrants, such as Albert Einstein or Sir Mo Farah, through an icebreaker game called ‘Who Am I?'. Facts were listed and students had to guess who it could be. This activity helped students recognise different migration stories of well-known figures. In particular many were surprised by contemporary people, such as Rita Ora who was born in Pristina (present-day Kosovo).

We then presented the London Transport roundel to the class, and elicited from the students that it was an iconic London symbol which the majority had seen on their journey to school. However, the students were unaware the designer, Hans Schleger, was a German Jewish migrant who left Germany in 1932 before Hitler came to power. Through Hans Schleger, we wanted to show the students how migrants have shaped British identity and the world we know today.

Following this, we modelled how to read a painting using Lazar Berson’s circular design, an important artwork for Ben Uri as he was our founder and whose 8 point star design is used for our current logo. (See below) 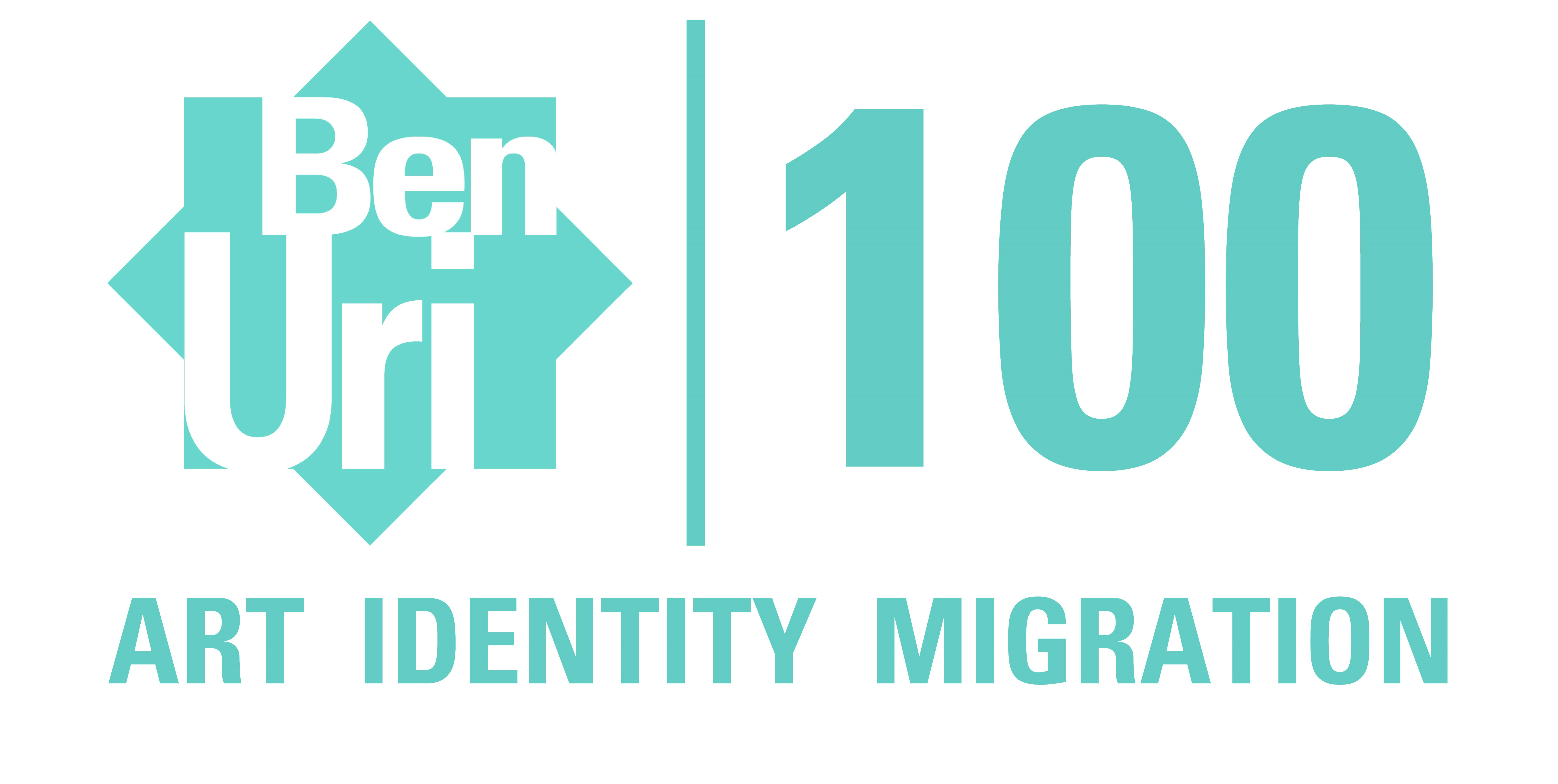 Encouraging students in groups to discuss and identify features and symbols within the design, they then fed back their ideas. The students were able to draw from the design, Jewish symbolism, such as the Star of David and Yiddish writing. Also, the 12 astrological signs which signified a year. Combining these together, the students were able to identify the artist was of Jewish descent and the design symbolised an important year. Lazar Berson’s design was created to signify the first year of Ben Uri.

Following on, the class were put into groups and given different portraits to analyse from the Ben Uri collection. The artworks introduced reflected different cultures, religions, genders, social classes, occupations, pastimes and heritage. Students were encouraged to discuss the ‘Who?, What?, When?, Where?, Why?’ questions and consider how the artists reveal the identity of their subjects. From their findings, they had to agree upon a title for their portrait. E.g, from the Alfred Wolmark’s painting (below), the students identified that she was a wealthy lady who enjoyed horse riding and from her posture determined she was a confident and strong character. 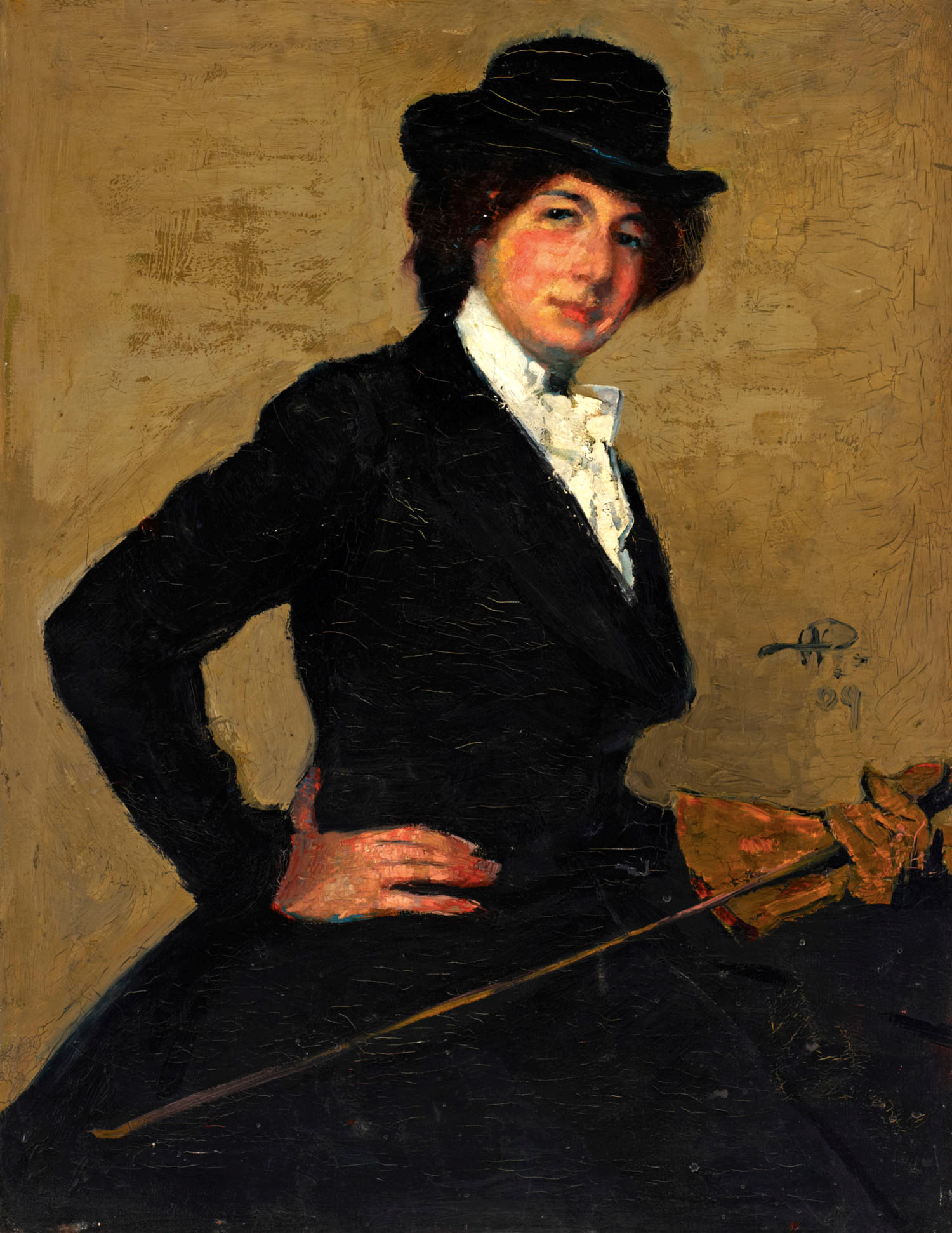 Taking inspiration from Ben Uri’s collection, the final activity involved the students creating a piece of artwork that represented their own identity, reflecting upon the various ways discussed from the group work. This helped to celebrate the diversity within the year group and share their identities with each other, highlighting the school ethos of Global Citizenship.