Information Manager, Annie Thorpe, gives an overview of two recent research reports focusing on the role the arts can play in improving health and well-being

The recently released Creative Health: The Arts for Health and Wellbeing report examines how engagement with the arts and culture can have a positive impact on the social determinants of people’s health and well-being. It sets out comprehensive evidence of the beneficial impact of the arts from the All Party Parliamentary Group’s two-year project of research, evidence gathering and discussions with health and social care professionals, artists and academics, people in local government and ministers. The key messages are:

Highlighting familiar evidence that shows relatively low levels of engagement with publicly funded art among people living in circumstances of economic and social disadvantage, the report emphasises what it labels a ‘reciprocal relationship’ between health and arts engagement; unlike most people engaging with publicly funded arts, those that access opportunities through health routes tend to be experiencing poor health. Since disadvantaged groups are disproportionately affected by ill health this demographic is well represented within arts and health activities.

As such, whilst the arts can help support better health and well-being outcomes, health also provides a route to arts and culture that can help to overcome persistent inequalities of access.

It is this understanding that underlines the report’s recommendation that Arts Council England identifies health and well-being as a priority in its 10-year-strategy for 2020-2030 and goes on to support arts and cultural organisations to make health and well-being outcomes integral to their work.

Those of us working in cultural education won’t be surprised to hear that the report identifies a growing interest from professional bodies in the evidenced contribution that the arts can make to people’s health and well-being. However, the research highlights how the potential contribution that the arts could make is being limited by the short-term, temporary nature of many programmes. It argues for system change ‘to improve access and engagement where they are lacking, so as to create and sustain healthy lives,’ calling specifically for increased strategic collaboration between various government bodies across health, social care and arts and culture. This is evidenced in another of the ten recommendations included within the report which calls for a strategic centre to be established at a national level which brings together leaders from within the three sectors together with service users and academics, to promote good practice, collaboration, and research as well as informing policy and delivery.

A similar call for strategic collaboration emerges throughout a chapter on the ways in which the arts can improve and encourage the emotional, social and cognitive development of children. Having highlighted a range of studies that evidence the positive impact of arts and cultural learning on children’s well-being outcomes, the report calls for the DfE and OFSTED to encourage all schools to recognise the role of the arts in the cultural development, mental health and well-being of pupils and to recognise this through the adoption of Artsmark. 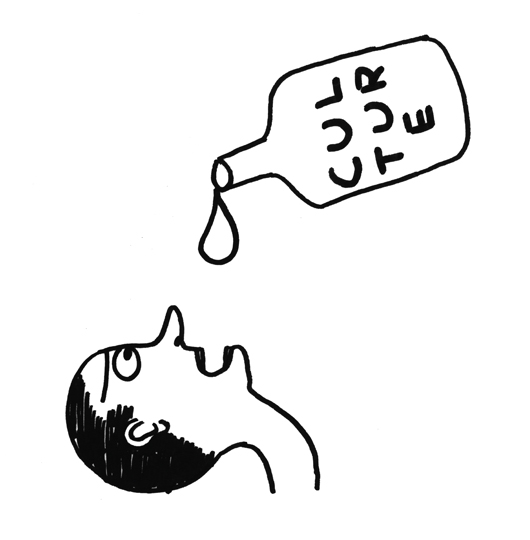 In a chapter exploring the role that arts and creativity can play in supporting healthy places, environments and communities, the report emphasises how place continues to act as an organising principle for public service design and delivery, and reiterates the 2016 Culture White Paper’s call for local leadership to ensure arts and culture play an important role in local health and well-being strategies. Within this understanding, the arts organisation is situated within a broader ecology of health, well-being and other VCSE organisations which interact to ensure the healthy communities of the future.

The report highlights the potential that arts engagement, with its causal contact at a local level, has to develop good relationships and networks which are a key determinant of good health and the building of social capital. Interestingly, in highlighting the significant role that cultural engagement can play in developing social connection - and by extension, good health and well-being - the research echoes the findings of another recent research project from the University of Pennsylvania which examined the contribution of culture and the arts to the social well-being of neighbourhoods in New York City.

This research, which engages with the ongoing conversation around cultural value and the evidence case for the social benefits of the arts to individuals, constructed a conceptual framework of cultural ecology and social well-being in order to measure the non-economic impact of arts on urban communities. Using the concept of ecology to refer to both cultural ecology - in terms of how different cultural entities ( including organisations, artists and participants) interact in cultural production and consumption, and also neighbourhood ecology - the way that different entities, including cultural agents, interact in the broader community - the report focused its analysis on local neighbourhood cultural ecosystems. Drawing attention to the limitations of using the cultural organisation as the unit of analysis of the cultural sector, instead, the research looked at geographically defined networks of resources and the relationships and networks among cultural resources in a neighbourhood-level geography.

Focusing on three dimensions of social well-being – health, school effectiveness, and personal security - the research hypothesises that cultural opportunities are a central part of a neighbourhood’s ecology and a contributor to social connection and civic engagement which in turn has a spill-over effect; promoting activities that foster community safety, avoidance of risky or unhealthy decisions, and involvement with local institutions.

Based on a broader ecological understanding of cultural assets which included cultural organisations, participants and networks, the researchers constructed a Cultural Assets Index alongside a Social Wellbeing Index in order to address the question of how the presence of cultural resources related to aspects of social well-being. Using a variety of regression-based methods, the researchers looked at the relationship between the three dimensions of well-being and cultural assets whilst controlling for the influence of economic well-being, race, and ethnicity. The headline findings across these indicators showed that:

As the report puts it, the findings show that when addressing the core question 'is the presence of cultural resources in a neighbourhood associated with improved social well-being?' The answer is “yes….but….” Echoing themes in the APPG’s research, the assertion is that social connection is the key to the improvements in social well-being and a neighbourhood’s cultural ecology is one means through which social connection is fostered. Yet the limitations of the simplified causal link betwee culture, social connection and social well-being are, as the researchers acknowledge, evident. In particular, it raises the potentially unanswerable question of whether this link is a unique function of the arts and culture. However, as the researchers stress, the argument is not that culture ‘causes’ better health or less crime, but rather that the findings suggest that cultural resources are integral components of a neighbourhood ecology that promotes social well-being.

As such, what implications are there for how we consider the cultural value of arts and culture in relation to social well-being?

The first – and according to the author’s – most obvious implication of the research is a need for more systematic approaches to documenting the forces of social connection that are an integral aspect of the cultural ecologies in places. That is to say, there is a need to analyse both the nature of the networks within the city’s cultural ecosystem and the relationship of those networks to other dimensions of neighbourhood well-being.

In setting out our own research into understanding the cultural learning ecology, we were looking to learn more about the ways in which we and our stakeholders in local cultural education partnerships might learn to better support and develop opportunities for children and young people’s creative and cultural engagement. Yet, what research projects such as these and the work of the APPG suggest is that a more ecological understanding is also crucial to being able to understand and articulate the impact that cultural and creative engagement has on a variety of outcomes including, but not limited to, health and well-being.