Delegates from over 50 organisations took part in the second of a series of three learning exchanges to debate how we promote opportunities for children and young people in London’s changing cityscape.﻿

Christine Parsloe, Cultural Manager for the London Borough of Merton and Guardian Public Servant of the Year, began the day with a view from within Local Authorities. Her speech depicted a landscape of significant change and challenge where Local Authorities are being externalized, shared across authorities and cut. Christine’s approach is one of adaptation and business survival.

"My philosophy on this is to look, listen and learn and find solutions… seek to talk in new languages, using words and phrases and understanding that others want to hear so that you can relate you services within your business to their needs and wants."

This philosophy is in line with Revans Law that underpins the Action Learning approach of AND’s Cultural Education Progression Group, "For an organisation to survive, its rate of learning must be at least equal to the rate of change in its external environment."

Christine gave further insight into the borough of Merton’s overarching strategic outcome and the pragmatic steps organisations can take to align themselves to Local Authority approaches to ‘place-making.’

A text of Christine’s speech and a recording can be found below.

Listen to Christine Parsloe's speech at the event

Holly Donagh, Partnerships Director at A New Direction, gave a wider overview of London and some of the drivers for change in the city. London is growing at a rate twice as fast as the rest of Britain. By 2030 London will be bigger than New York with a population of over 10 million with the population growth in the 5-12 year old bracket being greatest the outer London boroughs, particularly in Barking and Dagenham. Poverty rates in Outer London East, North East and South have increased disproportionally to the rest of London.

In short, there is change and economic growth but this is not necessarily linked to need and equity in the context of children and young people and the arts. AND’s Connected London programme addresses these challenges through innovative approaches to cultural education. The Cultural Education Challenge programme will build on this further.

Holly’s presentation can be found below.

Laia Gasch, special assistant to Munira Mirza, Deputy Mayor for Education and Culture, chaired a debate in the afternoon and acknowledging the London context of growth and the pressure on transport, school places and housing that this brought. She suggested that Local Authorities will be focusing on jobs and growth and that there may not be arts and culture teams in local authorities in five years time. In this context, she asked, ‘is it the case that, for arts and culture, we are losing the argument?’

The panelists then gave some examples of how arts and culture can be a key element of place-making but suggested how the arts might be integrated into in other agendas.

- Liza Vallance, Director of Studio 3 Arts, an arts participation organization in Barking and Dagenham, outlined the organisation’s local approach. This involves running a local café and a community garden and thinking holistically about their work with young people.

Liza cited Maslow’s hierarchy of need in terms of how Studio 3 Arts increases engagement for young people. It is a holistic approach; the work can involve buying a young person a pair of shoes or helping with a job application. She also gave an example of a community driven project that accessed money from Waltham Forest’s Gang Prevention Programme.

- Louise Wolsey, Development Director from Westway Trust, a social enterprise in West London noted that the Trust was now following a strategy of using the area’s rich cultural heritage to create a narrative. She noted how the Trust was working with the Creative Employment Programme and the High Street Fund.

- Steve Moffitt, CEO of A New Direction, gave three examples of how AND’s Creativity Works programme manages to combine Place and Culture in order to create job opportunities of young people. He gave the example of a piece of work in Hackney based around fashion in which 50% of the 32 participants who undertook the pre-employability training have now found work. He outlined how the work, in partnership with Create and the Barbican, was funded through a ‘patchwork quilt’ of different funding streams, the Mayor’s Fund, the Creative Employment Programme, Job Centre Plus, Bloomberg and was supported by Berkley Homes through mentoring. The link to different funding streams is an indication of how the work is embedded as a vital part of the social and cultural fabric of a place.

A full recording of the discussion can be found below.

Listen to the Panel discussion 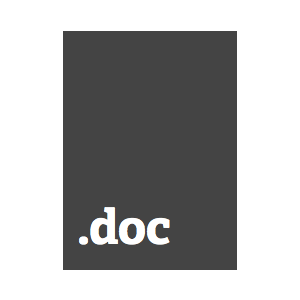 Place-making and Arts – winning or losing?﻿