Last week I went to an event hosted by Partnership for Young London in the impressive Mercer’s Hall, part of the centuries old livery estate, which today operates as a charity supporting causes including education, arts and heritage.

The point of the day was to assemble 100 organisations and young people to revisit the Vision for Young London 2025 and develop collective actions that respond to key issues. The Vision itself sets out a number of priority areas for government, civil society, business and citizens to create a better future for young Londoners. It’s a widely supported campaign raising the profile of youth in debates on equity, democracy, livelihoods, health, amongst others.

During proceedings, the people and ideas I encountered were all trying to understand and respond to the constantly shifting social and political landscape. There was also a deep sense of anger and injustice in the room about drastic cuts to youth services and destructive stigmas attached to young people. However, this did not block thinking, rather, it animated more thoughtful and radical responses.

Ideas for action were pitched by young people to the Deputy Mayor of Social Integration, Matthew Ryder, who agreed to take them back to City Hall. Each was powerfully made - stating the problem and a practical solution. We heard about a campaign to educate families about the changing nature of learning and work, meaningful inclusive education that prioritises political literacy, giving 16 year olds the vote in the Mayoral elections, and the concept of London as the first child and young person friendly city.

There’s a serious opportunity with our new Mayor who appears to be genuinely listening to youth demands. For too long the focus has been more about getting young people to be like adults - conforming to established structures and norms. Because no one actually knows what the future holds, labels like young person/adult and novice/expert seem increasingly obsolete. We need more spaces like this, with young people at the centre with equal agency and voice, to create original, fresh ideas that all of London can own and be proud of.

To end, we were treated to an amazing performance from Benna, a spoken word artist who crowd sourced opinions during the day into a potent challenge to London. You can read his piece, ‘What’s vision with no hindsight' here, and follow the conversation on Twitter using #Vision4YL. 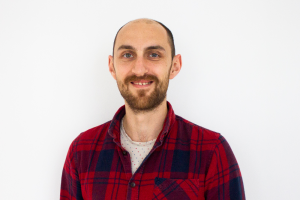 All posts by Lawrence Walker
Sign up to receive a monthly round up of blogs, information and opportunities from A New Direction.