Tuesday - all eyes on us: the interviews

Over the course of this week, leading up to the UK Premiere in Dalston, we are publishing a series of blogs that feature different interviews and highlight some of the work behind the scenes. Today we look at the first set of interviews, conducted by Bianca Manu and Charlie Tims.

Eelyn Lee is the director of all eyes on us. Shajna Begum is one of a group of young filmmakers who collaborated with Eelyn on the film. She worked as an assistant editor and sound recorder.

How do you record sound if you're deaf Shajna?
S. Everyone thinks I'm completely deaf when I tell them I'm deaf, but I'm not. I'm partially deaf so I still do hear stuff and I wear hearing aids as well.

So what's it like doing sound-recording?
S. It's complicated because you're not just listening to the interviews - you have to listen to the background noise too. It's quite hard to concentrate on both but I've pretty much got used to it.

E. I remember when you first told me, in confidence, you were partially deaf, I had to ask you if you wanted anyone else to know, because it might be important for how we communicate - and you said 'no'. But over the course of time you've sort of come-out as it were!

S. I guess I didn't want anyone to treat me differently and I was worried that Eelyn wouldn't let me do things because of my hearing, but actually she gave me loads of opportunities. When I first told her it was actually because she asked me to interview someone and I wasn't sure if I would be able to hear and ask the questions. So I told her about my hearing, but she told me to give it a try anyway.

How did your access to the characters shape the film?
E. London 2012 had loads of proposals from film-makers, but they took AND's because it was working with young people and a local film-maker. But the access was quite restricting - I was wondering how we could make a film out of just three rehearsals! After we started filming we decided we wanted to focus on their lives away from the rehearsals to paint a bigger picture - the aim became to tell their stories under the umbrella of this great big international event.

The swim scene is very memorable, how did that come about?
E. When I went down to the first rehearsals in Dagenham I head that Stephen had just taking his son swimming for the first time. As a film-maker you just immediately visualise the scene of them swimming. Film is a visual medium - you just know that that one shot of them swimming together is going to communicate so much about his journey. It just had to go in there!

What have you learnt the most from being involved in the process?
S. I found out a lot about other people's disabilities. I'd never really hung out with disabled people before. It was also useful learning about synching and things like that. I've realised that I've got to be serious about this if I want to go into film-making. I've got to take care that synching is done properly in the shoot. Making sure the sound-recording is fine, that the camera's perfect because if all that's right, you've a got nice film to make.

How did you select the footage that eventually went into the film?
S. I divided them into categories - like 'interviews', 'cutaways' and so on. If I saw one that was terrible I deleted it. If I wasn't sure I left it for Eelyn to decide.

E. We had four weeks in the edit in total. I also worked with Francis, our editor. It was relatively straightforward, because there was a natural order to the story; rehearsals, get to know each character, visit them in their private situations, working up to the big event, we see the big event and then we visit them at the end to get a bit of a resolution. But, like editing any film the issue is with getting rid of things you're fond of. In film-making the old adage is less-is-more. You have to brutal in the final days!

Is there going to be a follow up?
E. I don't think so. But I think you could do a film on the legacy of the Paralympics - it would be interesting to look 'one year on' in terms of attitudes towards disability, attitudes towards disabled people in the media and compare it to what we saw last September. But for our four main characters - they're getting on with their lives now.

Did you get attached to the characters?
S. Yeah. Mainly Stephen Because he had such a big story. Especially after we'd all done our interview with him we were all like - 'woww'.

E. We all got attached to each other. The young film-makers who were working on the shoot demonstrated a real professionalism. The stakes were a lot higher because this was a big commission. Everyone just upped their game and how we all communicated was really good. And when you work well together like that, you have a good time.

In tomorrow's interview, please look forward to reading about Jenny Sealey, the artistic director of Graeae - the UK's leading disabled-led theatre company - and also the co- director of the opening ceremony of the Paralympic Games last summer. 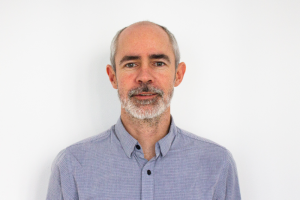