Summary report of our 2013 Schools conference 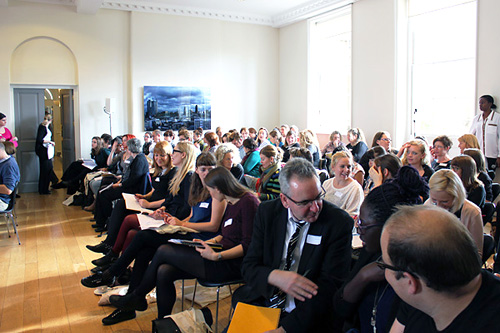 Mick Waters asked the question of 100 teachers at our annual schools conference ‘what have you done with your freedoms?’

He was met with a jaded sounding laugh. The question of what freedom means in the context of school came-up throughout the day. As John Dunford, the newly appointed Pupil Premium Champion said later that afternoon – ‘it’s not about freedom from but freedom for’.

On the one hand, schools now have more autonomy from ‘control’ than ever before.

The new curriculum is (in most areas) a template to work from, not a programme of work to be taught; schools have the freedom to decide which subjects they offer, the freedom to seek to become an academy or free school, the ability to devise any system they want to meet the objectives of supporting disadvantaged pupils. The question is how much of this freedom is illusory. Schools remain constrained by well-established accountability and assessment frameworks. Mick Waters described the real drivers for schools as being ‘data, league tables, qualifications (especially EBAC subjects), inspectors, awarding bodies, and ministerial favour’ none of which sounds very free.

We know that in practice many of the measures that drive schools militate against arts and cultural practice. This has been evidenced recently when the threat of the EBAC becoming the defining performance measure for schools led to entry levels for arts GCSE subjects falling substantially. In 2012 an Ipsos MORI report showed that schools with a high proportion of children on free school meals are more than twice as likely to withdraw arts subjects than schools with a low proportion (21% versus 8%). As Lizzie Crump from the Cultural Learning Alliance - who spoke on policy at the conference – said, schools are like other organisations and ‘what is measured is what is done’.

But, despite a sense of confusion about how the changes to national policy might affect the ability of schools to deliver excellent cultural and creative teaching for their students, the mood of the conference was defiant and upbeat. Jenny Sealey, the artistic director of Graeae Theatre Company closed the day and she talked about the liberating power of art, and how as an artist ‘there is nothing better than taking work into schools if you believe in the transformational power of the arts’.

We were also lucky to have two young poets deliver specially commissioned poems to the conference. Their optimism, wisdom and talent was enough to rouse even the most cynical.

John Dunford spoke about the unique opportunity we have to change the lives of the most disadvantaged pupils in our school system. The government is investing £2.5 billion into the pupil premium by 2015. These are the pupils who are most likely not to have access to the arts in their home lives and who are most likely to be excluded and held-back by not having opportunities to visit a theatre, or learn an instrument or expand their own passion for art.

The challenge will be to make good and robust arguments for how our practice as a sector delivers the goals of the Pupil Premium. We will also have to work harder to explain how arts GCSEs support the vision of individual schools. As Mick Waters said – we need to be confident and ‘engage our community and parents better’. If we can achieve this then there is the potential to use the much vaunted freedom to deliver exceptional cultural education in all our schools.

During the day delegates explored opportunities such as Artsmark – which can provide an opportunity to schools to look at their arts offer and think about how it can be developed . Or Arts Award, a really practical and transferrable way of validating young people’s engagement in the arts – so that it is not just seen as ‘fun’ or nice to do.

Julia Lawrence from London Connected Learning Centre helped delegates thinks about how they use social media in the classroom, as well as for their own professional practice, to enable wider experiences for their young people and for them to be able to network and collaborate.

And within that idea – of sharing what works, not looking up to government for leadership but across to our peers – was the kernel of what could enable the arts and culture to thrive in our schools.

Steve Moffitt talked about London as a site for learning, as a resource of endless possibility. Understanding how to galvanise this resource for the wider benefit of schools in the city during this time of change will be essential to moving forward. 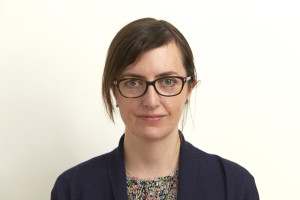 All posts by Holly Donagh
Sign up to receive a monthly round up of blogs, information and opportunities from A New Direction.