Inspiring a generation to reach their full potential? London 2012 is n

We have been striving to devise innovative ways for young Londoners to benefit from this once in a lifetime experience.

Since London won the bid to host the London 2012 Olympic and Paralympic Games back in July 2005, we have been striving to devise innovative ways for young Londoners to benefit from this once in a lifetime experience, within and alongside the official 2012 offer.

We take seriously the fact that London's bid was won on the strength of its promise to education and young people, and have been working with schools and young Londoners to think about how we can make the most of this exciting opportunity.

This summer, as the final preparations are put in place before the world turns its gaze to Stratford, East London (where our offices are based), we continue to profile and deliver a number of projects and events which connect young Londoners to this extraordinary moment for the capital.

Who will you be cheering for?

On Wednesday 21 June, members of our Headstart programme will be hosting Two Nations, an evening of poetry, debate and film as part of Freeword's 'Politics & Olympics' programme. The event looks at cultural identity and sport, and with a third of Londoners born in another country, asks 'who will you be cheering for during the Games?' Places are limited, but please do come along - find out more here

We are excited by our Truce Arts project, which uses the concept of the Olympic Truce as a stimulus for young people to create and showcase digital artwork online in collaboration with artists, Janette Parris, Grennan & Sperandio and Soda. The project is delivered in partnership with the Creative Intelligence Agency (C.I.A), and is funded by Arts Council England through the National Lottery.

Through Truce Arts, all young Londoners are invited to contribute work to an online gallery, and on 07 July 2012, we'll be at the Bernie Grant Arts Centre in Tottenham, north London, as young people ask 'what could a Truce mean for young London?' and to showcase some of the digital art, performances and discussions young artists have created in response to this theme. Please join us...

CREATE Jobs for a meaningful legacy

CREATE Jobs, our careers programme delivered in partnership with CREATE, is an important statement about the need for a meaningful legacy for young people post-Games.

The programme sees young people from the Olympic host boroughs given opportunities and placements with leading creative and cultural organisations. CREATE Jobs is supported by the Host Borough Unit and the London Legacy Development Corporation. We are currently inviting more creative employers and businesses to get involved and take on placements - if you're interested please do get in touch.

We are also working with Reprezent 107.3FM (through Eclectic Productions) to deliver Legacy Youth Radio, an interactive multimedia project engaging young Londoners in the opportunities and legacy of the Queen Elizabeth Olympic Park area post the Games, supported and funded by London Legacy Development Corporation.

Education and the Olympics

Back in 2005, we commissioned researcher Charlie Tims to research the educational programming of past Olympic Games, and young people's thoughts and expectations about the 2012 London Olympics, which resulted in the widely referenced report 'The Biggest Learning Opportunity on Earth'.

The report helped to shape our London-wide 2011 programme of the same name working with 140 schools, 15,000 students and 14 partner organisations working together to explore the Games in creative and different ways.

Experiencing being in an Olympic city

In 2008, students from City and Islington College visited Beijing, and worked with dancers at the Beijing Min Zu Yi Shu School of Performing Arts involved in the 2008 Opening Ceremony. In 2010 young people from Stoke Newington School visited the Vancouver Winter Games – both of these experiences gave us a small taste of what it might be like when London hosts the Games.

Please browse our Olympic resources produced over the past 7 years, which can be viewed and downloaded from the Knowledge Section of our website. (For teachers, these include a set of classroom literacy resources for all year groups for creating poetry around the theme of the Olympics.)

To be truly successful 2012 must reach all young Londoners and give them an insight into the possibilities of their lives...

As our CEO, Steve Moffitt said in a speech a few weeks ago at the Photographers' Gallery:

'It's the Olympic year – London's bid was built on the optimism and energy of our young people and the Games capacity to inspire a generation to reach their true potential. This should not be a superficial or surface offer – to truly be successful - 2012 must reach all young Londoners and give them an insight into the possibilities of their lives – whether it is through sport or the arts....

...This is really what it is about – opening up the city and the opportunities London offers to young people – in a real and sustained way, giving them a new kind of focus and experience and learning opportunity – I personally would like to see this summer as the start of something – young people owning their city – seeing London in a new way and experiencing it on their own terms – let's learn from what happens – and use these lessons to build a platform to create a more coherent and consistent creative offer.'

Have a great Games everyone! 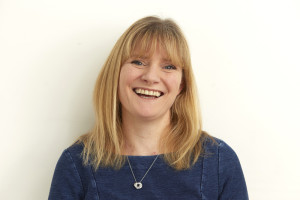