Is doing one more thing to give children a great cultural education nearly enough? 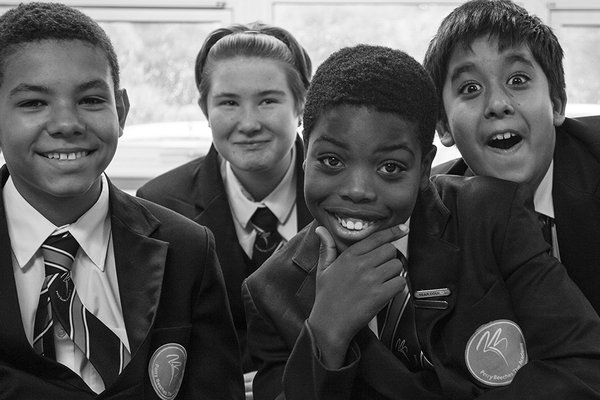 Last week, A New Direction (AND) launched “Generation Culture”, a new campaign to improve creative and cultural education for pupil premium children in London. The ask is for schools to “do just one more thing” to boost their cultural offer because, as AND Chair Maggie Atkinson argues, “cultural education is a right not a privilege”.

But what is “cultural education”, why is it important, and is being asked to do one more thing too much, or not nearly enough?

The definition of cultural education proposed by Darren Henley, Chair of the Arts Council, is a shopping list covering everything from archives, to the built environment, to dance, museums, poetry and the visual arts (though missing out food). The definition I prefer was offered by Smita Bora of Westminster Academy, who suggested it should be about “generating a love of unfamiliar experiences” (which might be as much about introducing Eton boys to street art as it is about taking poorer children to the ballet). And I think its contribution is about rather more than narrow, if important, improvements in exam grades.

AND highlights the contribution it can make to raising pupil premium pupils’ attainment and have a range of suggestions including toolkit available for schools looking to enhance their cultural education. They recognise that with everything else schools are already being asked to do, asking them to do one more might not go down to well so they are looking to make it as easy as possible. I’d be bolder and wonder rather whether doing just one more thing is enough...

Pupils from the lowest income households are half as likely as their more affluent peers to participate in regular weekly activities like dance or drama. And they are only two thirds as likely to have visited a museum in the last year. This matters not only because poor children are missing out on experiences they might enjoy and learn from now, but because it contributes to an entitlement gap.

Despite the fact that their parents’ taxes and proceeds from their lottery tickets pay for at least some of it, too many poorer children don’t believe our culture belongs to them. Future Leader Carly Mitchell noticed this when she became founding head of Oasis Academy Southbank and has worked hard to help pupils who had never dreamt of going to the theatres and galleries on their doorstep to recognise that they are theirs to enjoy and explore.

Carly isn’t alone, so maybe AND doesn’t need to worry. A recent government report on the use of pupil premium reveals that “arranging/subsidising trips to cultural venues” is the fourth most popular use for the pupil premium, cited by 80.9% of those studied. None suggested it was the most effective strategy for raising the attainment of pupil premium pupils, but that’s not the point. It might however be one of the things that make a difference when it comes to applying for university and professional roles beyond.

Comparing pupils with similar grades, a pupil from an independent school is more than twice as likely to end up at Oxford or Cambridge as a pupil from a state school. How much of this could be because poorer pupils lack the sense of entitlement possessed by their more affluent peers that says our elite universities, with all their “high” cultural trappings, belong to them?

Doing one more thing to introduce pupil premium children to our rich cultural heritage may be a start, but a “new trip to a museum, gallery or important landmark” – one of the things suggested for Generation Culture – won’t on its own be enough. What is needed is a school culture and strategies that focus consistently not only on pupil attainment, but on equipping our children and young people with the personal, social and cultural understanding and skills that will ensure they feel right at home in elite universities and other powerful institutions shaped by a shared ownership and appreciation of our culture in all its rich glory.

Schools can find out more about Generation Culture, and how to pledge to the campaign here.

About The Future Leaders Trust

The Future Leaders Trust is an independent charity with the mission to raise the achievement of children, regardless of background, and to provide them with equal choices and opportunities in life. By developing a network of exceptional schools leaders, we are transforming challenging schools and working to eradicate educational disadvantage.