Our Partnerships Director gives us an insight on the recently launched Warwick cultural value report. 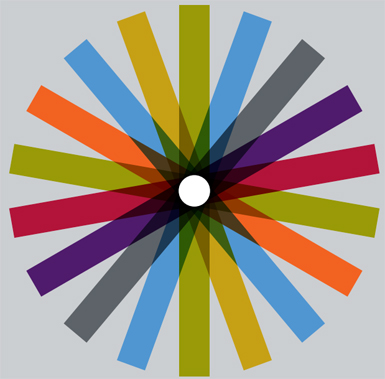 The Warwick cultural value report is a bold attempt to look holistically at the dynamics - social, economic, political - which underpin the cultural sector and come up with a small number of policy recommendations to help Britain capitalise on its creative strength.

For those of us who have worked in the arts for a while there are few revelations in the report but there is a determined, and in some ways subversive, clarity to the way the issues are brought together and positioned.

It has been known for a long time that income and educational attainment are the most reliable signifiers of adult arts engagement, it is therefore inevitable that audiences are predominately drawn from a small section of society, but it is still quite shocking to see this so starkly described;

"The wealthiest, better educated and least ethnically diverse 8% of the population forms the most culturally active segment of all: between 2012 and 2015 they accounted (in the most conservative estimate possible) for at least 28% of live attendance to theatre, thus benefiting directly from an estimated £85 per head of Arts Council England funding to theatre….The same 8% of the population also accounted for 44% of attendances to live music, benefiting from £94 per head of Arts Council music funding."

It is the fact that the sector is underpinned (though not wholly reliant) on public funding that makes this an issue. Is there another part of the public sector where beneficiaries are so skewed towards people from upper income brackets?

The Warwick notion of an ecosystem is crucial, the interdependencies of the sector are the sector, it can't be treated like a purely commercial industry nor a state run 'public good'. But if we are to tackle the ingrained issue of inequity then the ecosystem metaphor needs to be expanded. It is not enough to simply maintain the same notions of outreach, accessibility and education programmes if they have not significantly shifted the nature of arts engagement in the last twenty years. There are issues of class, power and autonomy which have deep roots – the arts and cultural ecosystem will only thrive if it starts to engage with these questions further back.

As an organisation with a focus on young people it is perhaps inevitable that I start with them, but the deeply rooted dynamics which underpin choices of engagement begin a long time before adulthood. In primary school, maybe even before that, children start to recognise what is and is not for ‘them’ and start to see the world in terms of people like them as opposed to people not like them.

Our research with young people suggests that many young people are suspicious of what they understand ‘the arts’ to be, it is imagined as something middle aged, mono-cultural and pretentious - this is despite the almost universal interest young people have in one or other mode of creative expression.

At A New Direction (AND) we would never interpret this as saying that the arts should therefore dumb-down or try to be something it is not but we have to ask what does it say about the sector (and wider society) when young people so often perceive it as part of a world which is entirely disconnected from their own. And of course if you are one of the 650,000 young people in London growing up in poverty, are you likely to end up as part of the 8% most culturally active segment of the population? Not if current trends are anything to go by, so maybe it always will be entirely disconnected from your life anyway.

Warwick are right to make a strong plea for cultural education and to take a tough stance on diversity and access to the creative workforce. It essential that we normalise arts participation an early age through school and create a school accountability framework which encourages arts, culture and creativity.

As a sector, employers must start taking more responsibility for encouraging young people from different backgrounds to make careers in the field. Young people are often hugely passionate about creativity and see working in the creative industries as a life dream and yet they have woefully little concept of how to achieve this and little or no useful support at home or in school. For people of a certain age working in the arts it is almost inevitable that they would have started out by doing some kind of unpaid work experience. If we are serious about changing the demographics of the sector then we’ve got to come up with better ways than this of providing first entry points.

Warwick’s headline about a ‘national plan’ whilst eye catching, masks more interesting recommendations embedded in the report which press for greater regional and local collaboration, resource sharing and strategy join-up. In this time of strained resources this is surely the only way to manifestly expand opportunity. But for this to work it requires organisations, maybe also individuals, to put their collective needs of communities before their own. Our Connected London programme is an attempt to build local partnership between cultural orgnisations and schools and it is having some good outcomes it terms of shifting the balance but it is also showing up some of the pitfalls and difficulties with this approach.

It is slightly depressing to once again see the fact of higher arts funding levels in London from the Arts Council (not by any means by local authorities) used as an argument for re-distribution to the regions. London is not the enemy, it is a crucial engine for the creative sector and if it is diminished it will diminish the whole of the sector in England – that is the nature of an ecosystem after all. Also, London is experiencing both a population boom and a housing crisis, this is pushing more working families into poverty and levels of child poverty remain stubbornly high. The issues of who does and does not have access to culture are just as real within London as anywhere else in the country and the assumption that somehow high levels of funding to London mean that the region is in some way sorted are specious.

AND’s focus is addressing the underlying causes cultural inequity through: