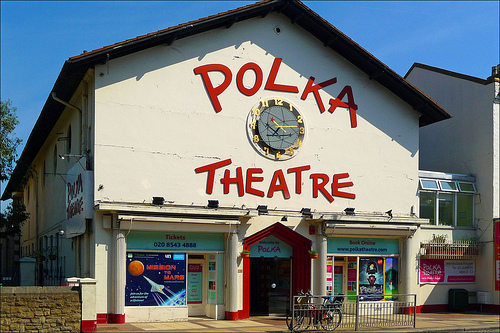 The Institute of Contemporary Arts in central London, Ovalhouse theatre, and Polka children's theatre in Wimbledon are one step closer to realising their capital ambitions thanks to their success at stage one of the Arts Council's large scale capital programme. Read more

Now in its fourth year, and following the third successful national Family Arts Festival, the new report shows overwhelming engagement and a step change in the prioritisation of family audiences. Read more

Akram Khan performance to be seen by 4,000 children for free

2016: the year the retail & arts sectors will collaborate to create enhanced experiences

Tim Plyming, Director of Digital Arts and Media at Nesta, predicts this year the high street and the arts sector will collaborate to take ‘experiential retail’ centre stage. Read more

New Chair of the BFI confirmed

Josh Berger - currently a Governor at the BFI and the President and Managing Director of Warner Bros. Entertainment UK, Ireland and Spain - will take over as Chair of the BFI from February 2016 when current Chair Greg Dyke steps down. Read more

STOP PLAY RECORD is a programme open to young Londoners who are interested in learning how to make experimental short films. Throughout the year, an ongoing series of STOP PLAY RECORD events will take place across London. Read more

A new London festival of light is set to illuminate the city next week on the 4 gloomiest days of the year. Read more

A Shakespeare film season and an exhibition inspired by his quotes will form part of the Royal Shakespeare Company's plans to mark the 400th anniversary of the playwright's death. Read more