Telling Tales – a library story with a happy ending

Nicky Crabb from Apples and Snakes tells us how they have helped libraries become cultural hubs. 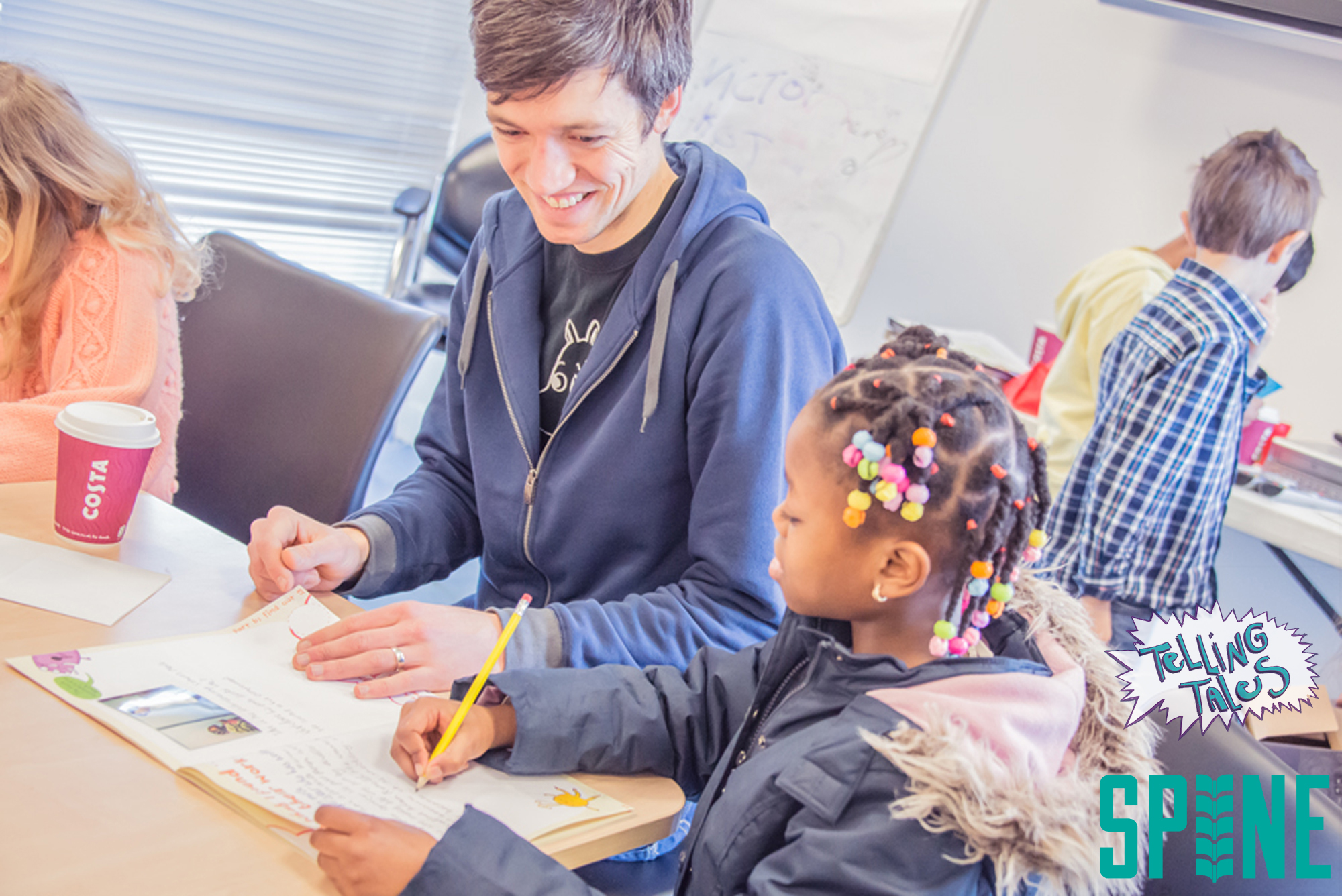 Established in 1982, Apples and Snakes pushes the boundaries of poetry in education and performance. We work nationwide across three strands of activity: 1) producing and curating live events and digital content to raise the profile of spoken word, 2) participation and outreach with a particular focus on marginalised voices and those at risk, and 3) nurturing spoken word artists by providing guidance, support and in-depth professional development.

In 2012 the Arts Council asked us to become an Associate Bridge organisation to support A New Direction in their role as the new Bridge organisation for London. It soon became apparent that if we were to have any meaningful impact we needed to find a focus, rather than working across all sectors and art forms.

Initial research pointed in the direction of libraries in south-east London, so we started working with Lambeth libraries and began to develop the ethos behind our SPINE programme which sees the library as the cultural spine of their local community. Libraries were also adjusting at that time to the closure of the MLA and their new home under the Arts Council, so it was a time of uncertainty and change. There was also a new expectation being put upon them to become ‘cultural hubs’, essentially small local venues for all sorts of creative and cultural activity.

The more we worked with libraries, the more it became clear that whilst some of the larger libraries were willing to embrace this notion, many others were reluctant. Their staff did not have the skills needed to run creative programmes confidently, and the managers were often not sure where to turn when programming such activities. Over the last few years we have devised a number of projects to provide new skills for library staff and creative activities for their libraries. One of our most successful projects was created by our Professional Development and Young Writers Co-ordinator, Daisy Dockrill, and is called Telling Tales.

Telling Tales is a response to libraries telling us that they have lots of activities for under 5's, but less for older children - especially those in Key Stage 2. They also told us that they struggled to find the funding for longer term projects, rather than just one-off workshops.

Telling Tales starts with the library staff, who are offered free training in Arts Award Discover and Explore which is delivered during the programme. We then match a poet to the library and organise the 6 week programme which takes place on 6 consecutive Saturday mornings.

During the two hour sessions, children aged 7-12 have the opportunity to develop their writing and performance skills and find out more about the arts to achieve their Arts Award. They are guided and inspired by a skilled poet who delivers the sessions and their work is assessed by the librarian. The librarian also has the opportunity to learn new skills by observing the poet and the exercises, as well as by becoming an Arts Award Advisor.

The project ends with the children sharing their work with their parents and carers. This not only enables them to showcase their creative development but also helps to animate the library space with a fantastic performance event. As a result, we have found that the children involved start to see their library as somewhere creative and fun - plus they love getting their Arts Award certificates!

We have now run the programme in a range of local libraries in eight boroughs: Lambeth, Lewisham, Croydon, Hounslow, Bromley, Brent, Waltham Forest and Haringay, with over 100 children. To date the feedback has been incredibly positive:

“She just writes poems all the time, hasn't stopped since she started Telling Tales and when I asked her why she said 'because I know how to now'”
Parent

“Telling Tales built up my confidence and also helped me in school. This is a very good workshop.”
Participant

“I think a highlight was seeing the kids go from very shy and quiet individuals to a hugely confident social group... It was wonderful to see the pride they had in their work. They looked forward to it all week, and all wanted to carry on afterwards.”
Rachel Sambrooks, Facilitator

“We thoroughly enjoyed having telling tales at our library. The response from the children was overwhelming showing how much courses like this are needed... In front of our eyes the children blossomed and grew in confidence in their writing, drawing and performing in public. Parents couldn't express their thanks often enough. We would run the course again in a heartbeat and are still getting requests for it.”
Fiona Heffernan, Brent Library

We have also taken the Telling Tales format out to other settings such as working with refugee children, and this has been just as effective. We are hoping to run more Telling Tales programmes over the next year dependent on funding. We are also continuing our other work with libraries including the Library Takeover programme - an intergenerational event management training programme for library staff and young people - and the SPINE Festival - our annual festival of arts for children and young people taking place in boroughs across London. For more information about our work with libraries head to www.applesandsnakes.org or contact nicky@applesandsnakes.org.

And for more information on Arts Award and how A New Direction can support delivery click here.