Barnet Council has given the go-ahead for a state-of-the-art youth zone to be built, the second to be earmarked for the capital in the space of two months.﻿ 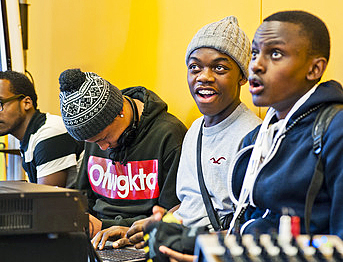 Barnet Council has given the go-ahead for a state-of-the-art youth zone to be built, the second to be earmarked for the capital in the space of two months. The council voted unanimously in favour of proceeding with the proposed £6m youth facility which will be open seven days a week for young people aged between eight and 19, or up to 25 for those with a disability. Read more

Jobcentre Plus scheme to launch in schools

Jobcentre Plus advisers will offer guidance to young people in schools as part of government efforts to boost employment prospects, it has been announced. Speaking in parliament, employment minister Priti Patel said a Jobcentre Plus programme is "about to roll out” into schools. Read more

High-quality drama will form the “backbone” of the BBC’s services over the next decade, director-general Tony Hall has announced. The Corporation has laid out proposals for improvement as part of its ongoing Royal Charter review, claiming a focus on drama will serve as a boost to the UK’s creative industries. Read more

DCMS to publish white paper on the arts

According to culture minister Ed Vaizey, the paper will explore four key themes: how culture and heritage can contribute to healthy communities; how everyone can learn about and through culture; how cultural organisations can build financial resilience; and promoting Britain’s cultural institutions abroad. Read more

Education secretary Nicky Morgan has admitted the FE sector is in a “fragile” state, but said the area-based reviews of post-16 provision would help make colleges more “robust”. Read more

The British Postal Museum & Archive is looking for KS2 and KS3 Science teachers to take part in a focus group on Monday 14 September from 5.30 to consult on the development of an exciting new Mail Rail Outreach Science Show for London schools. Teachers will be asked to feedback on ideas for experiments, approach and learning resources. Read more

The key to building a sustainable arts future lies in making young artists a priority today, in education and all other areas of life, says Jane Hackett, director of the National Youth Dance Company. Read more

Drama and music traded for history and geography at GCSE

The number of young people taking drama and music at GCSE has fallen over the past five years. According to the latest statistics from the Joint Council for Qualifications, arts subjects appear to be falling in popularity while more pupils are choosing to take subjects included in the Government’s English Baccalaureate (EBacc). Read more