Why culture and education together matters now, and how the arts sector needs to get involved. 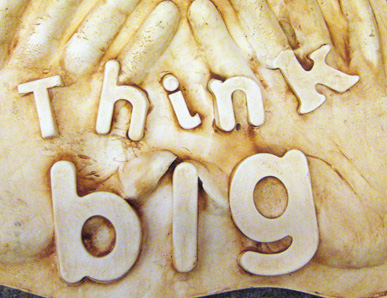 Entering what is becoming an increasingly bad-tempered and polarised debate about the nature of knowledge in the context of the national curriculum, Munira Mirza gave us a thoughtful but challenging speech at our London Picture conference on 28 March 2013.

In one sense the debate about what should or should not be in the curriculum is fundamentally a debate over culture – culture as in identity, society and belonging rather than art, museums, films etc. It's not surprising that people have strong views on what we should or should not mandate young people to learn – as this is fundamental to our sense of what kind of society we want and our sense of shared history.

To date the arts sector's engagement with these issues has been dominated by discussion over the place of arts in the EBAC and the development of the programmes of study for arts GCSE. In her speech Munira asks the sector to go further in terms of their engagement with educational reform, looking at a more critical role and 'being part of the discussion'.

She outlined three key areas where the arts sector could be more centrally positioned:

Are we happy that creative learning in schools is of good quality? Can this be the case if only 30% of music lessons (to take one art-form) assessed by Ofsted were deemed 'good' – far lower than the average for other subjects. Is it the case that young people from privileged backgrounds get more opportunity for rigorous and challenging arts training throughout their education? (Either because they attend private school or take part in paid for activity after school). What could the arts and cultural sector do to support rigour and creativity in schools and 'challenge students to go outside of their comfort zone'?

How can schools be supported to achieve their curriculum and learning outcomes within the framework of exciting cultural experiences? Is there more that the sector can do to promote educational professionals and arts professionals coming together to develop joint programmes?

Don't let the arts be pigeon-holed as 'non-academic'.

Some of the discourse around the value of the arts for young people can suggest there are two paths – the academic (which does not involve the arts) and the non-academic - which does. This promotes a culture of low status for the arts in schools. How can the arts sector, as a community, change this perception?

Most people who work in the arts know that success come from intensive training, hard-work, sacrifice and discipline – possibly more so than other areas of work. These are the same values that underpin much of the direction of current educational reform, the need to challenge poor results (such as 40% of 16 years old leaving school with fewer GCSE's than they need to go on to further education). Munira asked if the sector can start to see itself as working in support of the reforms – not oppositional to them.

In a way, much of what Munira said at the conference relates to how the cultural / arts sector sees itself in relation to education in the broadest sense – what is the responsibility of the sector to young people in this context? Munira currently has a blog post on the Mumsnet site which has a more direct position - stating 'teaching unions who oppose the plans are still in thrall to a 'leftist' academic agenda'

Is there room for the arts in this debate around the national curriculum? Is there a danger that through focussing on arts in Ebac and arts in GCSE, the sector is missing a much more important discussion about the nature and culture of education?

Is Munira right about the quality of arts in schools? What can we do to support this? Munira asked the audience to think about what great works of arts they would like included in the curriculum – what might we say in response to this?

We look forward to hearing your thoughts! Let's keep the discussion going - join in the conversation here

Join in the debate on our Future Agenda

Find out more about our Future Agenda and our four major themes: School, Home, Community and Work.