How can we work with supplementary schools?

A guest blog from Siân Hunter Dodsworth, Community Programmes Coordinator at The British Museum, on what their recent work tells us about how the cultural sector can engage with supplementary schools. 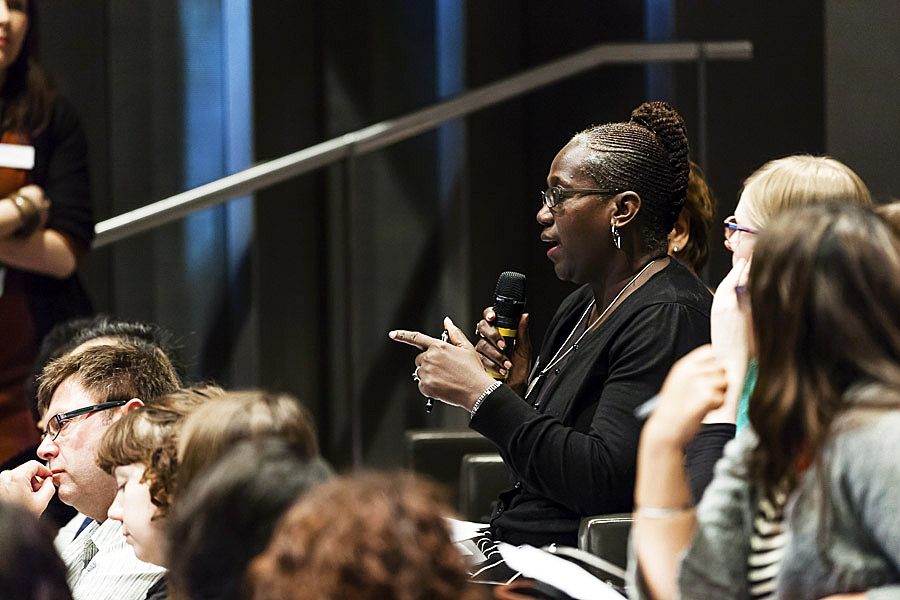 Supplementary schools exist to raise the academic attainment levels of children and young people. There are an estimated 3-5,000 'supplementary', 'complementary', 'community' or 'Saturday' schools in Britain, offering a range of learning opportunities, including national curriculum subjects, religious studies, mother-tongue classes and cultural studies.

There is a natural affinity between supplementary schools, which typically cater for ethnic minority communities, and the British Museum’s collection which spans the history of the world’s cultures.

The Community Partnerships Team connects diverse audiences with The British Museum and its collections through collaborative and creative programming. We work in partnership with local audiences to adapt our Public Programme to the needs of specific groups; the elderly, the vulnerable, the hard-to-reach. The overarching objective is to provide everyone with the opportunity to have the best experience of the British Museum with a focus on creating stepping stones to empower people to become independent museum visitors.

Working with supplementary schools effectively reaches communities that the Museum’s existing family, school or community programmes do not.

The demand for specialised programming for this audience was evidenced by the pilot Supplementary Schools Weekend for Hajj: Journey to the Heart of Islam. Over the weekend of 31 March – 1 April 2012 1,800 staff, students and families visited the exhibition, including a significant number of first time visitors. The pilot weekend demonstrated that working with Supplementary Schools helps us connect young people, their families and communities with the British Museum and its collections, and has informed the main Supplementary Schools Programme.

Conversations centred around the potentials offered by collaborative working methods in both the provision of effective public services and the creation of opportunities for diverse communities to develop new interests and enthusiasms.

The National Resource Centre for Supplementary Education (NRCSE) and Supplementary Schools Programme Team headed up the Innovation in Partnership Conference which aimed to inform delegates of the proliferation of 'supplementary' 'community' or 'Saturday' schools across the UK and their important contributions to the lives of children and young people. This was evidenced through a range of case studies that demonstrated creative partnership projects between supplementary schools, universities and museums.

Topics explored included; the nature of successful partnerships, with Charmian Kenner of Goldsmiths University of London considering the value of holistic learning through supplementary schools and universities, the benefits of increased access to inspirational places, experiences and people as discussed by Arifa Malik (MyDeen Foundation) and Zuzka Jungmanova (Czech School Without Borders) and the breadth of possible innovative collaborations as presented by Claire Prosser and Marie Taylor from Colchester & Ipswich Museums Service and Matt Greenhall and Sarah Price from Durham Oriental Museum. Finally, Ioanna Maki from the Institute of Education presented her views on a possible future centred on cross-cultural focussed partnership between supplementary schools and museums.

The event was developed with opportunities for networking always in mind. Delegates participated in an ice-breaker activity where they used objects as a way to tell stories connected to themselves and the wider world and a series of discussion-based workshops took place in the afternoon exploring the benefits, challenges and practicalities of building and sustaining truly equal partnerships. Lunch and drinks at the end of the day saw people chatting and exchanging ideas in what was both a friendly and buzzy atmosphere.

The conference was expertly chaired by John Reeve of the Institute of Education who emphasised the event’s success in bringing together for the first time individuals from a variety of disciplines and professional backgrounds. The British Museum was also keen to highlight the fact that Innovation in Partnership was an experiment of sorts but one that it hoped would be the starting point for future debates around the need for experimental and open-minded partnership working.