Getting to Edinburgh Fringe - one pledge at a time

Shermaine Slocombe, Arts College Manager at Corelli College, tells us how they are battling cuts to get their student production to the Edinburgh Festival Fringe 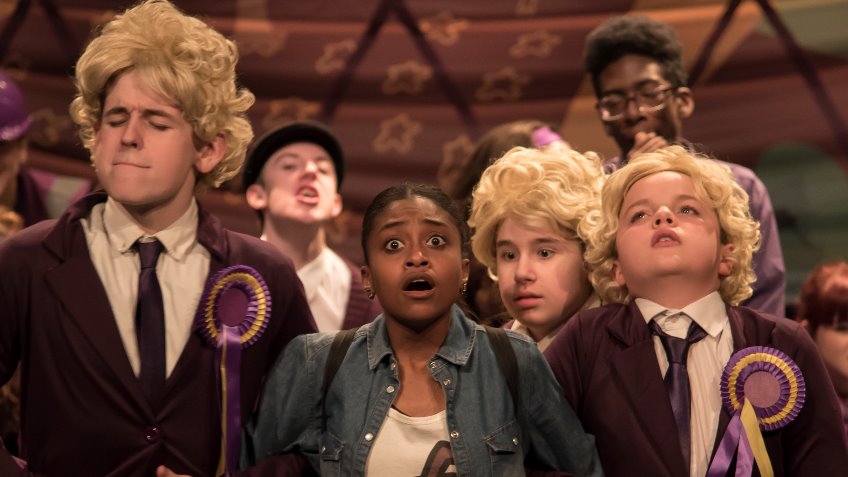 So, it is day 14 of 56 (in my best Newcastle Big Brother accent) and I am taking another look at our crowdfunding site that ends on 27th May. We are trying to raise £10k to take a show to the Edinburgh Fringe, and I’m checking how much has been pledged. It turns out checking is quite addictive... We have had 48 pledges so far, and, as I write, another pledge - yay! And another heartfelt thank you from me!

Corelli College is taking our show JUST by Ali Smith to the world famous Edinburgh Fringe Festival in August 2016. And not just to the Fringe, but the Assembly Rooms, which is pretty much the top venue and is unprecedented for a student show at the Fringe. The production is an anniversary production and, due to budget cuts and a large cast, we are now crowdfunding to make it happen. This is a big risk and quite daunting, but we are confident. Our governors are busy setting up various meetings with contributors who will be acknowledged within our publicity, and students are coming up with loads of creative fundraising ideas such as a lip-sync competition. Everybody is working hard, and it's great to know that ex-company members - some of whom are now performing professionally - have donated after having the Edinburgh experience themselves or having been in the original production back in 2005.

Corelli Theatre Company (aka Kidbrooke Theatre Company) is an ensemble company of young actors from Corelli College based in south east London. We regularly transfer productions to Greenwich Theatre, Riverside Studios, The Cutty Sark Studio Theatre and the Edinburgh Fringe. Having gone to Edinburgh at least four times before with student shows, we know that the experience for our young people is one they will never forget and in some cases it is literally life-changing.

With the arts being cut and devalued in state schools, this kind of opportunity is fast becoming something only accessible to students in the independent sector. Luckily for Corelli College, we have a wonderful team of arts staff who are experienced, passionate and committed to the arts making a difference. In particular, the extraordinary Lucy Cuthbertson delivers pioneering theatre year-on-year. It is always a pleasure watching Lucy at work rehearsing with students - she always demands the best from them and always produces something really powerful and intelligent. The students always have ownership and a deep understanding of what and why they are doing everything, and this leads to excellent outcomes. It is the only way to achieve the kind of professional results that we do; don't even dream of taking a show to Edinburgh unless it is the best of the best. Fact!

We are asking people to contribute to our crowdfunding effort and then to share this with anyone else you know who might be prepared to donate. It’s off to a good start but we need an awful lot more if we are going to make it. Please donate and spread the word!