From inspiration, to quiet sadness, to Gove

My mind has been occupied this week by three significant texts -'Learning a Living' (Innovation Unit), 'Motivation and barriers to learning for young people not in education, employment or training' (Bis) and Gove's speech at the SMF. 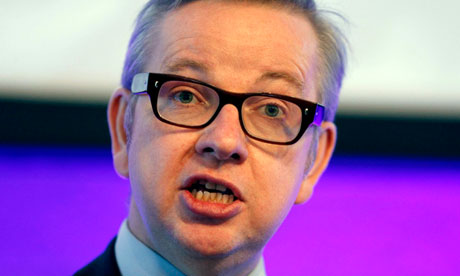 My mind has been occupied this week by three significant texts, the first was a rather dry report by BIS on why young people not in education, training and employment become disengaged from learning, the second was (literally) a colourful and inspirational survey of global examples 'innovation in learning for work' from the Innovation Unit and the third was Michael Gove's speech at the Social Market Foundation. All are truly worth a read.

Maybe the place to start is with inspiration...

In the context of grim global youth unemployment figures - a dispiriting picture both of whole generations of young people still striving to improve their lives through basic education and generations of graduates finding themselves apparently over qualified for a world with fewer opportunities – (the new global phenomenon of the 'graduate without a future' as Paul Mason describes it) – there is hope. The IU report describes education institutions which are turning the notion of 'vocational' training on its head and erasing the boundary between 'academic school work' and training for employment. They are reinventing what we understand as school and this is helping facilitate new kinds of global collaboration and exchange where young people are enabled to create jobs for themselves in industries that did not even exist before they thought of them.

Examples of radical innovation like the Met (part of Big Picture Learning) in the Rhode Island which despite an intake where 70% of the pupils are eligible for free schools meals, and 45% speak English as a second language there is a 90% graduation rate (compared to 65% nationally and 45% urban average in the US). Pupils work through a curriculum where real work experience is absolutely knitted into study and where students routinely work in teams and take responsibility for their own learning – 'When young people are given real world experience and their learning is grounded in it – they change' (Co-founder Big Picture).

Or InnoOmnia further education college in Finland where they are grappling with the issue of why their supposedly excellent education system has not altered persistently high rates of youth unemployment. InnoOmnia has had real success with the most disaffected and hard to reach learners, devising courses absolutely rooted in the needs of leading, cutting edge employers. This grounded, relevant and disciplined (they run 'bootcamps'...) approach is transforming the prospects for those lucky enough to access these courses.

At the event that launched the IU report (the same night as Gove's speech funnily enough) there was much discussion of a 'lost generation' in the form of the global young unemployed but I was struck by the measured anger and pessimism of the adults in the room in marked contrast to the energy of the young people in the audience who bristled at the suggestion that their options were limited. Just because the jobs that the baby-boom generation grew-up anticipating no longer exist, or the clear pathways into secure life-long careers, it does not mean there are fewer opportunities to be successful. The defining issue is more about the capacity to be flexible, ability to be resilient and most importantly to have agency.

From inspiration to quiet sadness...

The stories of the young people 'not engaged in learning' as told by the neutral tone of BIS report are little portraits of everyday tragedy. 'Joshua lost interest towards the end of school and did not take his exams...he is unsure how to go about this (getting qualifications) at the moment and feels stuck at a 'dead-end'.

The report says that for many young people not engaged in learning – their families and peers are the biggest barrier to their entry into the system. Also lack of timely and appropriate information, advice and guidance. These young people believe that further study will help them in life but they don't have the capacity to do anything about this. They often did not do that well at school and the thought of more 'school' is a barrier. Or they did well as GCSE's but were totally unprepared for the challenges of university and dropped-out never to pick up the threads. The overall picture suggest a generation of young people left hanging on the margins – not the worst young people and therefore not a focus for public services and not the ones capable of forging their own path, but those for whom a few things have gone wrong and they've ended up pointing in the wrong direction. Minimal and timely intervention could make all the difference.

The SMF speech is an insight into the philosophy of 'core knowledge', cultural literacy and the teaching of Ed Hirsch. As a passionate believer in the power of art to transform lives myself, as a huge enthusiast for the working class self-taught tradition of cultural consumption to which Gove refers, as someone who also believes that most parents want a good education for their children there is much in the speech that I support and care about.

I experienced that peculiar sense of lacuna in my own knowledge when I went to university – having gone from a classic national curriculum comp to the rarefied world of the university English department – the people around me all seemed to have read different books to me – what's more they'd read the right books. But does reading the right books really set us up for modern life? Does having a shared store of cultural capital matter so that we can name drop with the best of them, and in a way 'pass' as privately educated and thereby enter the elite? Because it feels a bit like the route that would have really helped a young state educated person succeed in say 1975 rather than 2012.

Perhaps it is fitting to end going back to Finland, the supposed holy grail of global schooling. In Finland one can be both vocational in the sense of focussed on specific skills for specific industries, and academic – i.e learning about the arts and humanities. The system responds to the learner not the other way around.

I don't believe anyone's life is harmed by encouragement to read Dickens and giving young people a rich store of cultural experience when they are in school is something I would fight for - but if we focus purely on the question of building a knowledge focussed curriculum we might miss the really interesting possibilities for different kinds of project based, team focussed, and real-world groundedexperience that not only supports how we contribute to the globalised knowledge economy but also offer pathways for different kinds of learner.

It may be less important to define what you learn and more pertinent to think about how you learn.