Creativity for moral purpose - reflecting on the Durham Commission

Deputy CEO, Holly Donagh, considers what the next steps should be following the publication of Arts Council England & Durham University's new landmark report 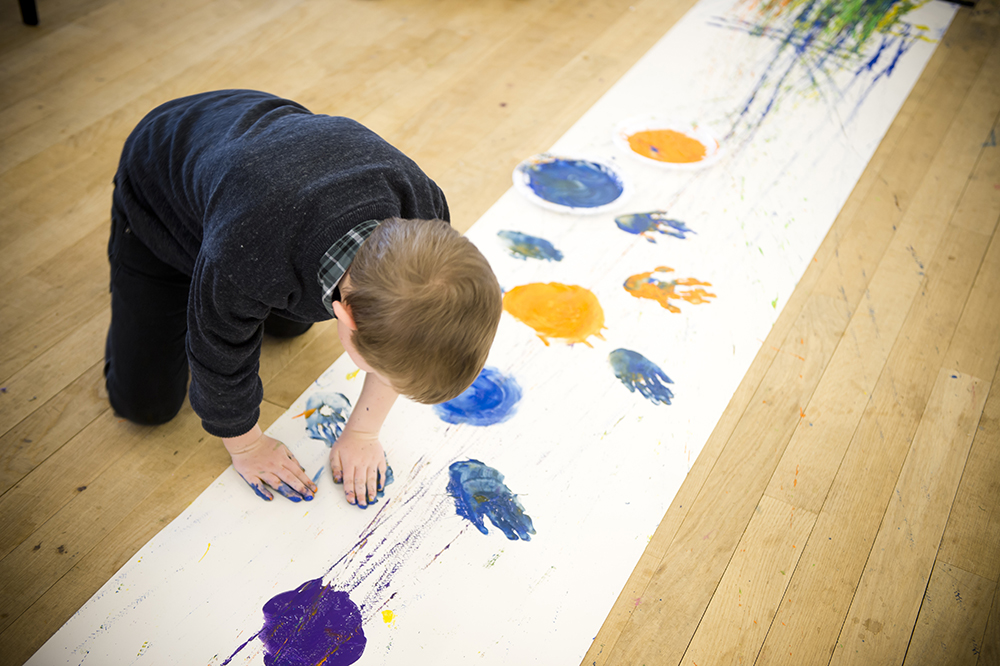 Whilst the All Our Futures report of 1999 was a bold step into previously under (if not entirely ‘un’) charted territory for education, the Durham Commission on Creativity and Education is more of a refresher and collation of useful data and thinking on the subject of why creativity matters to our children. For those of us working in this space, there is not much to disagree with, and it is great to see national attention being paid to this important subject - particularly at a time when we know our pupils are increasingly being pushed through an assessment-heavy and sometimes Gradgrindian education system.

I had two immediate concerns: the report describes the subject driven, knowledge-based focus of our system and then attempts to impose one of the more slippery ‘skill’ based concepts (creativity) on top of this. Also, our system is heavily influenced by assessment at the end of primary school and secondary school, but the report is keen to suggest that creativity is not something that should be ‘assessed’ in isolation or in a simplistic sense. No wonder 99% of headteachers and governors value creativity (as quoted in the report), but we don’t see evidence of it in 99% of schools – what does it mean? Where is the space for it to flourish, and how can you see it when it does?

So, where does that leave us…

I think there are some important clues in the document. The section on the education system brings together a number of useful, practical, tested methods schools can adopt to think about the ‘how’ of creativity in schooling, and introduces a useful concept of ‘teaching for creativity’, rather than teaching creativity. This is an open and surely achievable way of working that can be applied across all subjects and will work within current frameworks whilst pushing towards something more radical. As the report says, teaching for creativity looks a lot like good teaching in general.

Of the report’s recommendations, the one that stood out for me was the development of a network of Creativity Collaboratives - building on successful models of peer-led, school-to-school learning and improvement. In London, we already have the highly innovative Camden STEAM Hub, which looks at teaching and opportunity across science, technology, engineering, arts and maths and works in a school-led way across the borough. We are also developing East Education – as mentioned in the report – a way of enabling schools in east London to benefit from the extraordinary investment in future leading employment in the Olympic Park and around Hackney and Stratford.

Effective local partnerships, such as the ones A New Direction are working to establish in London through our Local Partnerships Programme, can do much to share learning, engender healthy competition amongst schools and take on the key learnings from successful initiatives such as London Challenge – all of which could feed into a programme that could really make the broader aspirations of the Durham report fly.

However, I think it is important that we don’t encourage schools (individually or in groups) to be islands. Yes, the system is more atomised than ever, but places that are making a difference (Camden being one, I would say) are places that recognise that schools are part of communities and benefit from being outward facing and open to the resources and opportunities beyond their gates. Whilst 'creativity' is no doubt an important word and something we would wish for ourselves and others, perhaps with the challenges the planet faces and the changes that five-year-olds today (who will be in their mid-twenties as the country reaches its target for zero carbon emissions in 2050) will experience, we first need to be thinking about our shared humanity; engendering citizenship and enabling the conditions for equality. Creativity for moral purpose as much as for individual benefit should guide strategy. Therefore, I would urge Creativity Collaboratives to be infused with the spirit of partnership - enabling schools to benefit from the assets around them and connect pupils to the world that they are soon to be custodians of.