Could school-museum hybrids be the future?

Programmes Manager, Louise Barnell, reflects on the learnings from the ground-breaking My Primary School is at the Museum research 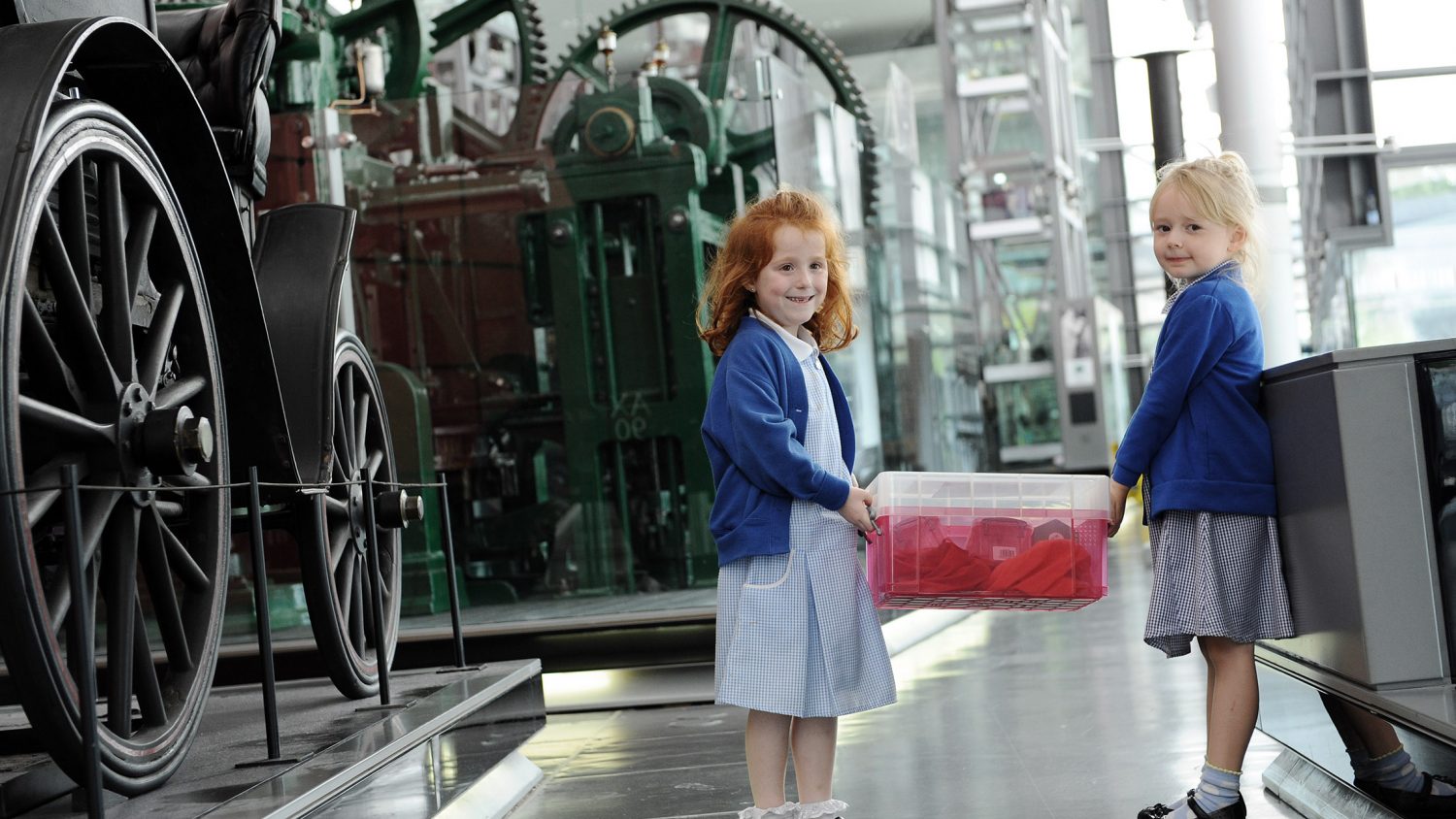 The museum-school forum and networking event held on 7th March celebrated the ground-breaking research undertaken by Kings College. My Primary School is at the Museum tested the hypothesis that there may be beneficial learning, social and cultural outcomes for primary school children and their families when a significant portion of their learning takes place in a museum setting, as well as demonstrating the benefits for museums.

Groups of pupils from two primary schools and a nursery from Tyne & Wear, Swansea and Liverpool were based at their local museum for up to a term between January and June 2016.

Aimed at museum and gallery learning and education staff, school teachers and education specialists, the forum provided an opportunity to celebrate the project, share ideas and discuss practical next steps for developing closer museum-school relationships.

The My Primary School is at the Museum project took primary school classes directly into museums for their day-to-day school programme. It aimed to create and evaluate a potentially symbiotic relationship between primary schools and museums that could develop into a new model of educational delivery. Such a hybrid model could potentially help to resolve the nation's shortage of primary school places, while simultaneously supporting resilient and sustainable operating principles for our museums.

The museums’ collections were used to provide context for a range of school subjects. Facilities at the museums were arranged to enable children to absorb these local collections directly and indirectly with constant connections being made between objects and the curriculum.

Throughout the project, teaching followed primary education best practice and continued to deliver the requirements of the National Curriculum and the Early Years Foundation Stage statutory framework. The museum hosted the school’s day-to-day programme of lessons, including lunches and breaks, and offered a fundamentally different experience from the more usual occasional one-day visits.

Discussion: “Hard facts do not equip young people with the skills that raise them above machines”

Deborah Bull (Assistant Principal, Kings College London) opened the day's discussion by arguing that there is a stubborn trend across education that presumes factual education and preparation for ‘getting a good job’ does not include the arts as a viable option. Contrariwise Deborah advocated for an education that includes the arts, culture and heritage as mechanisms for a futureproof economy of young people equipped with competencies to compete with technological advancements. To do so, young people need to be 'original, open, confident and creative problem solvers.'

In Deborah’s view, when we learn about arts, culture and heritage 'we learn about humanity and the world through the eyes of others to engender tolerance, understanding and respect for others.' These are arguably essential attributes which children and young people growing up in the UK today need to learn to be able to face uncertain political and economic times. As a nationalist focus takes hold across Europe, focussing on differences in views, and we see alarmingly low mental wellbeing in Britain’s young people, the ability to connect, communicate and empathise is essential.

Following on from Deborah, David Anderson (Director General, National Museum of Wales) spoke about the lasting ideological prejudices in the corridors of power, both in cultural institutions and government, towards diversity and community access. This, he said, is connected to a long-term belief that children and young people cannot gain anything from museum collections until they get to university. David expressed great excitement at the project’s success at re-setting the dialogue between museums and schools which he hopes will signify a change in dominant, exclusive narratives.

The afternoon continued with a series of panel discussions focussed on each delivery area.

The first of these included Life Bank Nursery at Kensington Children’s Centre, a pre-school nursery for children aged 3 – 4, Dr Jennifer De Witt (Research Associate, School of Education, Communication and Society) and Tate Liverpool, where the nursery was based from 29 February to 11 March 2016. The group talked passionately about the fact that the residency had not been ‘simply about art and children making things’, instead it had a core focus on curriculum links, as well as ensuring teachers, parents and children accessed collections and had a dialogue between themselves. Deborah Riding (Tate Liverpool) reflected that in turn, this practice allowed them to co- curate the collections more effectively and sensitively, and that this is an offer that the Tate Liverpool now wishes to offer all nursery and primary schools in Liverpool.

From the nursery’s point of view, children’s confidence in both verbal and physical communication and movement improved dramatically. Children felt more confident speaking to adults and undertaking tasks like eating, breaks and toilet trips more independently.

The second panel included Hadrian Primary School in South Shields who were based at Arbeia Roman Fort & Museum in South Tyneside between January and March 2016 with a year 5 group (children aged 9 – 10), and Dr Heather King (Research Associate, School of Education, Communication and Society). The main outcomes for children from this residency were increased attainment, spoken communication and confidence, as well as repeat visits with parents, and feelings of ownership and belonging in cultural spaces. One consideration which was presented was the need for hot meals to be available for children who were eligible for free school meals. The group also reflected the need to diversify museums learning training to enhance young people’s feelings of access and cultural identity within the museum, so that they can contribute post-school and into adulthood.

The third panel included St Thomas Community Primary School who were based at the National Waterfront Museum in Swansea for 2 five-week residencies with a reception year of two forms (children aged 4 – 5). Their project was based on mapping both social and curricular themes to the museum offer, to allow the museums to look at the school's existing curriculum, and to embed this curriculum into the museum offer. The project aimed to ensure that the children became the owners and creators of their cultural surroundings, not just consumers. Outcomes for children were increased overall attainment in areas such as writing and speaking including softer outcomes such as listening, and increased confidence.

Can a museum-school hybrid work on a UK-wide basis?

The discussions from panels found some important cross- cutting themes across all projects:

Break out discussions later in the afternoon focussed on working in area-based groups to reflect on developing the approach across the UK. I sat on the east London focussed table joined by the Geffrye Museum and Sutton House as well as Downsell School, Sir John Heron and Camrose Primary Schools, and the Paul Hamyln Foundation.

The initial focus was on ‘enabler’ opportunities to ensure partnerships for school residencies could happen.

‘Enablers’ were identified as:

Areas that could be a challenge were then identified with the caveat that solutions needed to be found before moving on to the next suggestion. These included: