Also this week: V&A to team up with Smithsonian Institute for new gallery, and new union for artists gains formal recognition 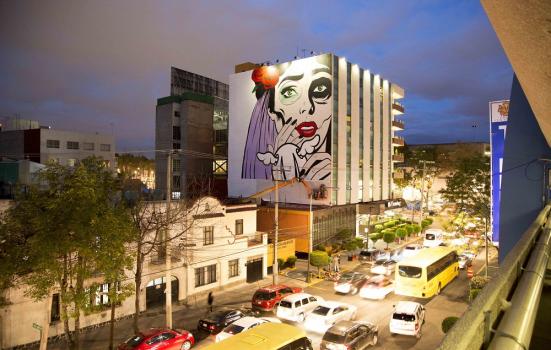 A new five-year global arts strategy and £30m Cultural Protection Fund will help strengthen the UK’s cultural connections with the rest of the world. Read more


V&A to team up with Smithsonian Institute for new gallery

The Smithsonian Institute is teaming up with the V&A to create a joint gallery as part of the redevelopment of the Olympic Park. It will be the first time the US institution, which runs 19 museums in the US, has had a permanent gallery in another country. Read more

English National Opera’s new artistic director, Daniel Kramer, has laid out further details for the company’s future under his leadership and has spoken passionately about the importance of access to the arts. Read more

Stratford Circus Arts Centre has unveiled a new drama strand in its latest season, which will see the east London venue “beef up” its theatre programme for adults. Read more

Nurturing the next creative generation

Darren Henley, Chief Executive of Arts Council England, writes on the new Artsmark blog of how "creative learning is not a soft option" and "subjects such as art and design, dance, drama and music should be part of every child’s education." Read more

Teachers' Evening at Half Moon Theatre

Join A New Direction, Half Moon Theatre and THAMES (Tower Hamlets Arts and Music Education) for a free Teachers' Evening to meet a variety of arts and heritage organisations, and attend a free performance at the theatre. Read more

New Agendas: Out Of Hours And Off-Site Arts Events

Join Young People In The Arts and a panel of expert speakers at this event discussing the positive impact late nights and off-site pop-ups can have for arts organisations. Read more