Place-making: Two key factors for the role of arts﻿

Two key findings were highlighted at the Performing Places conference: the importance of schools and geographic mobility for young people. 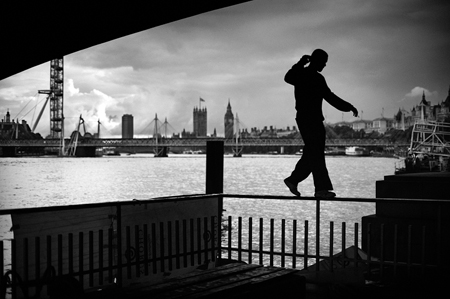 The Performing Places conference held at Royal Central School of Speech and Drama generated vibrant debate about the importance the arts in developing a sense of attachment to place. Two key findings were highlighted by statistical evidence; the importance of schools and geographic mobility for young people.

Professor Sally Mackey, ‘principal investigator’ on the AHRC-funded three-year project “Challenging concepts of ‘liquid’ place…” noted early on in the conference that art organisations had limited capacity to collect statistics to evidence the impact of their work. She highlighted the importance of the robust research from the key-note speech presented by Ade Kearns who is Professor of Urban Studies at the University of Glasgow.

Since 2005 Ade has been the Principal Investigator on GoWell: the Glasgow Community Health and Wellbeing Research and Learning programme (www.gowellonline.com). He gave evidence from on-going research into the importance of place-attachment. Some of the research demonstrated the impact of situationally-based arts projects initiated for the Commonwealth Games. Some key findings, which whilst not surprising, are useful to have confirmed by statistically significant research. The model analysed how strongly people felt they belonged to their neighbourhood, some of the findings included:

On this last point Professor Kearns pointed out that Schools are key in developing attachment to place; particularly for adult to adult interactions, a school that develops a sense of community between adults as well as children is a great asset to a place. It is interesting to note that community is one of the criteria schools need to fulfil in order to achieve Artsmark status. Schools are asked to provide two examples of progressing activities with the community. One regarding parents/carers & one for the wider local community. How many arts organisations are involved in delivering these outcomes with schools?

The conference was an opportunity to launch a new website that profiles research undertaken by three arts organisations with Sally Mackey and co-investigators Margaret Ames and Mike Pearson. Oldham Theatre Workshop worked with adult refugees, asylum seekers and migrants. Half Moon in London worked with teenagers and Cyrff Ystwyth in Aberystwyth are a disabled and non-disabled performance dance company.

One of the sharings of further practical interventions was entitled Compassionate Mobility and Temporary Places Adelina drew on a number of research resources to put forward an argument that lack of geographical mobility for young people was directly related to social mobility, this included evidence from the Social Exclusion Unit’s 2003 research that demonstrated that 1 in 4 young people did not apply for jobs on account of living too far away and the inability to pay for transport. This kind of data chimes with A New Direction’s (AND) research into the factors that enable children & young people to access London’s wealth of cultural opportunities – as well as the factors that stop them. AND’s infographics demonstrate that the boroughs with the largest number of children and young people are in outer London, whereas the majority arts and cultural organisations are situated in inner London. Coupled with this geographical barrier, there is an economic barrier with an increasing the trend over the last five years for areas of Outer London to become poorer and Inner London less so (although Inner London is still where poverty is most concentrated).

Adelina’s practice was developed in Singapore and proposes that the philosophy of Parkour might open up alternative paths for young people in both Singapore and London. This philosophy of opening up the access of a city to young people resonates with the Kuopio Cultural Paths initiative. This model was used as an international example of successful innovative practice for AND’s Connected London programme.

The Connected programme has looked at innovative ways of connecting arts and culture with young people, where organisations share assets and skills to provide a more joined up cultural offer based around place. For example, in Haringey arts and cultural organisations were invited to focus on place rather than art-form. Orleans House in Richmond outlines how local authorities can look beyond their borders in relation to tracking the pathways of Children Looked After. Orleans House asks the question, What would a young person-centred approach to cultural engagement across different boroughs look like?

London has a wealth of cultural assets and can be one of the best cities in which to have a creative childhood, and yet there are barriers preventing these from being openly accessible to all young Londoners. Schools and the removal of some of these barriers to mobility (geographical and psychological) are key in developing equality for young people in the capital. AND’s next Learning Exchange will focus on Place in the context of children and young people in London.